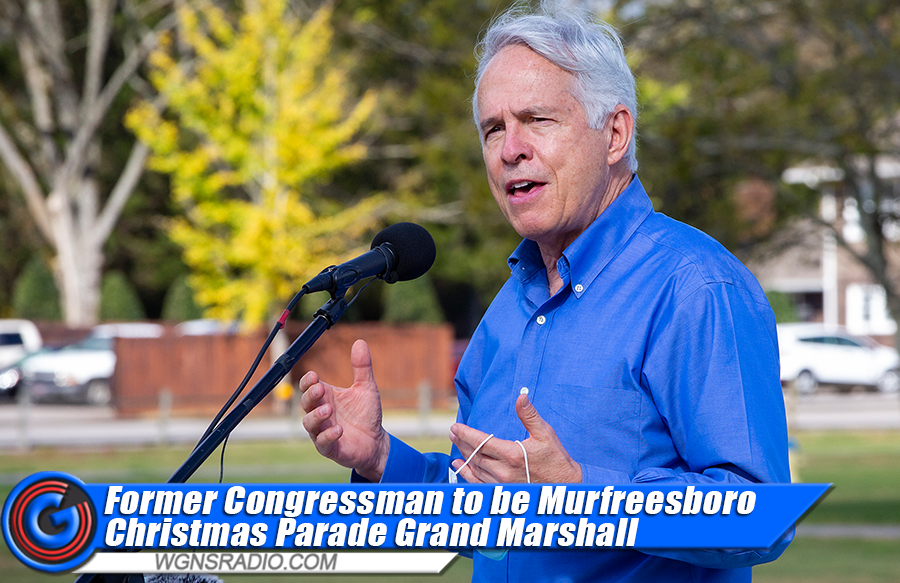 During his 26 years as a U.S. congressman, Gordon worked tirelessly to secure over $24 million in federal grants to plan and develop the Murfreesboro Greenway System. The first 3 miles of greenway opened Oct. 5, 1996 and has grown to approximately 15 miles of trail with 16 trailheads, two dog parks, several playgrounds, picnic shelters and river watercraft access points. Gordon would like to see an average of 1 mile of greenway added per year, eventually connecting with Smyrna and Nashville. The popular trail is enjoyed by hundreds of people a day for recreation, transportation, and as a way to connect with nature.

ADVERTISEMENT
Scroll down for more details on the Murfreesboro Christmas Parade...

For more information about the Christmas Parade, contact Rachel Singer at 615-642-3723 or rsinger@murfreesborotn.gov, or visit the Murfreesboro Parks and Recreation Facebook event page at @MurfreesboroParksandRec.

Media Sponsor WGNS may be found at AM 1450, FM 100.5, and FM 101.9 on the radio. Listeners can also stream the station from anywhere at www.WGNSradio.com.

Murfreesboro Parks and Recreation Department is dedicated to providing vibrant public spaces and inclusive programs delivered with visionary leadership and caring staff that engage the individual and strengthen the quality of life of our community.