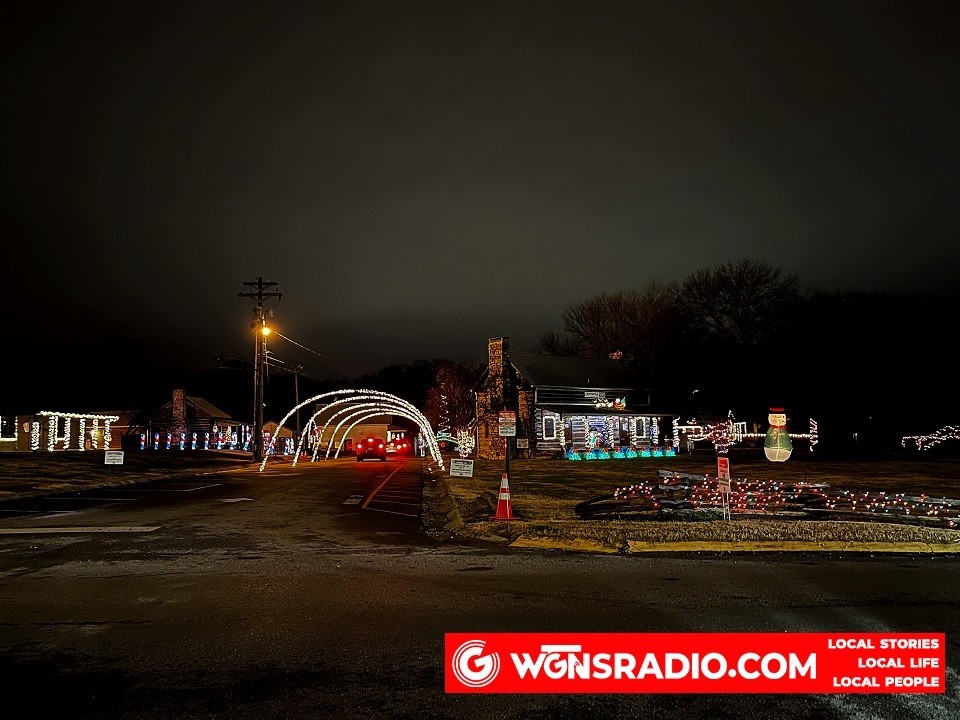 (MURFREESBORO) The Murfreesboro Parks and Recreation Department encourages the public to drive-through Cannonsburgh Village at 312 S. Front Street and enjoy the FREE Christmas lights. This event is open every Friday, Saturday and Sunday evening from 5:00 to 8:00PM now through December 19, 2021.

If you are new to town and don't realize the history of Cannonsburgh, it was built in 1976 as a project commemorating Tennessee's bi-centennial. This replica was birthed by the late Murfreesboro Mayor W. H. Westbrooks and former MTSU's Historic Preservation Director Dr. James K. Huhta. Back then, Murfreesboro was the state's sixth largest city and had a population of 68,816.

But if we go back 200-years earlier, this place we call home was much different. According to state records, following over twenty years of earlier settlements in the 1780s and 1790s, land owner and Revolutionary veteran Colonel William Lytle gave land to establish the Public Square, a community cemetery, and its adjacent First Presbyterian Church. The town was initially named Cannonsburgh after Newton Cannon, a political dignitary in the area. The village's name only lasted around thirty days. For reasons unknown, Lytle specified that the new community be renamed Murfreesborough in honor of a Revolutionary War friend, Colonel Hardy Murfree.

So Cannonsburgh was this community's first name, but politics was powerful back then too--and a month later it became Murfreesborough.

The Importance of Cedar

In fact, as a promotion, the world's largest cedar bucket was built in 1887 by the Tennessee Red Cedar Woodenworks and displayed in the 1893 Chicago World's Fair as well as the 1904 St. Louis World's Fair. It held 1,557 imperial gallons.

This bucket was placed at Cannonsburgh Village in 1976 as a permanent historical display. Sadly, it was damaged by fire in 2005. Investigators never really confirmed that it was arson and some believe that electrical problems may have started the blaze.

During the 35th Cannonsburgh Harvest Days Festival, a replica bucket was unveiled on October 22, 2011. It was created with a partnership between Roy Haney’s sawmill in Cannon County and the Rutherford County Blacksmiths’ Association.

You Are Driving Through History

As you drive-through Murfreesboro Parks and Recreation Department's CHRISTMAS LIGHTS in Cannonsburgh Village, you are actually driving through history. You are driving through this community's state bicentennial project that took actual buildings from all parts of the county and placed them on S. Front Street.

Again, this is a FREE service of the Murfreesboro Parks and Recreation Department and is offered from 5:00 to 8:00PM every Friday, Saturday and Sunday evening now through December 19, 2021.