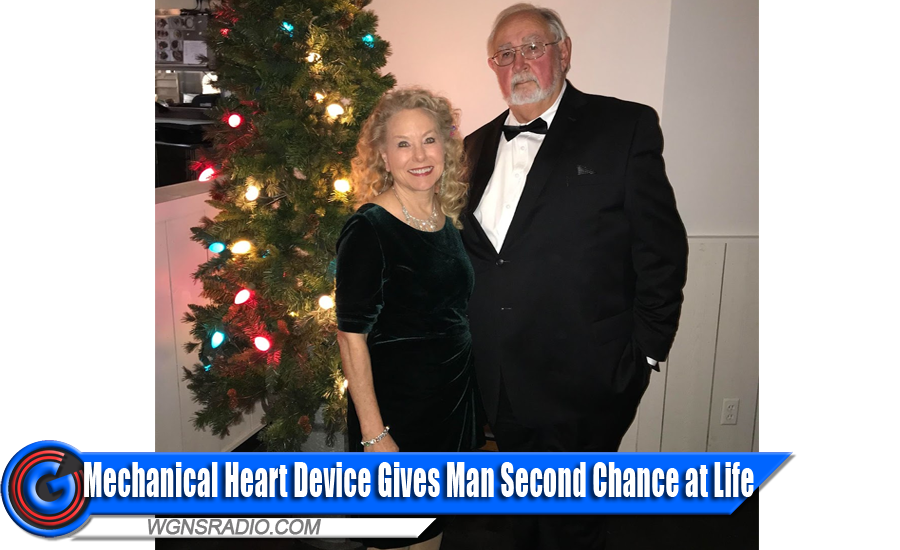 When doctors tell you that you may only have six months to live, what do you do? Larry Young, 69 at the time, was told that medicine had done all it could do and his heart was essentially failing. After having a heart attack at age 37, dealing with atrial fibrillation, and overcoming a bypass surgery in his early life, he felt like he was out of options. “My doctors sent me to Ascension Saint Thomas Hospital West for additional evaluation,” Larry said.

After his evaluation, doctors were able to suggest an alternative option. “I found out I was a candidate for a left ventricular assist device (LVAD),” Larry said. A LVAD is a mechanical pump that is implanted in patients with heart failure. It helps the bottom left chamber of your heart (left ventricle) pump blood out of the ventricle to the aorta and the rest of your body.

“I was skeptical because I wasn’t sure I wanted to live on batteries for the rest of my life,” said Larry. “The surgery is so drastic that there was a possibility I wouldn’t even survive that.” Doctors told Larry if he didn't do it, he would only have 6 months to live. “I weighed this decision so heavily,” said Larry. “ My younger son's logic was, if you die from not doing anything then why not take a chance on what may work to keep you alive.” In September of 2012, Larry finally made the decision to go forward with this procedure.

“It has worked perfectly for me,” said Larry. “The only thing that I had to give up was water activities. I used to spend every weekend on my boat and I just can’t do that when I have tubes running out of my body and an electrical device keeping me alive.” Larry likes to paint and travel around the world with his wife, Libby. “You quickly get used to wearing batteries 24 hours a day,” said Larry. “I’m either plugged into the wall or I have a portable machine that I take with me wherever I go. It is a miracle that science was able to create a device like this to help me live a normal life.”

Larry, 78 now, has been living with his LVAD for 9 years. He continues to have check ups with his doctors every 6 months. “I can’t praise my doctors at Ascension Saint Thomas and their team enough,” said Larry. “I have been with them for over 9 years and my experience couldn’t have been better. “I have been very open about my experience, in hopes that my story could help someone in a similar situation. This holiday season, Larry and Libby will be attending a special Christmas Eve dinner at their son's house. “I thank the lord every night that those doctors did what they did,” said Larry. “I have been able to make memories with our children and watch 10 grandchildren come into this world and grow.”