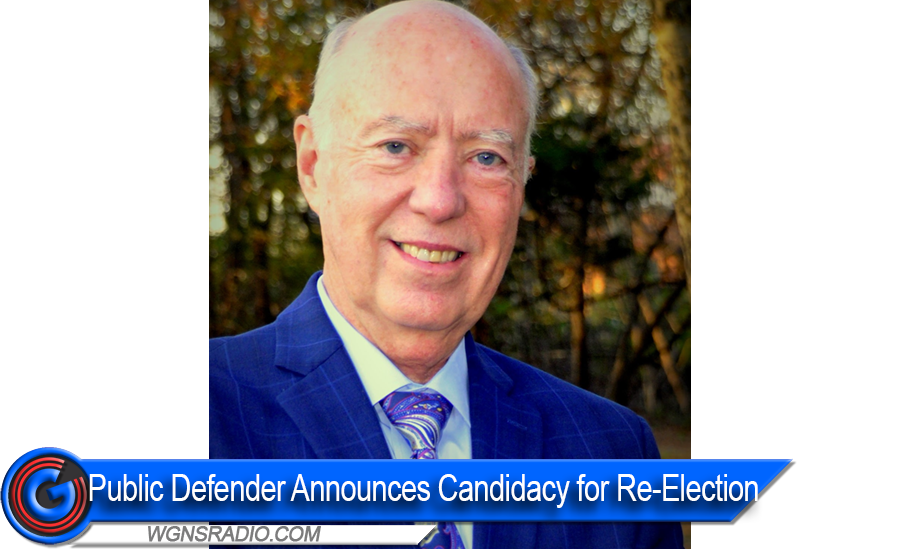 ADVERTISEMENT
The 16th Judicial District is comprised of Rutherford and Cannon Counties. He will be a candidate in the Republican Primary to be held in May of 2022.

The Public Defender is responsible for representing indigent persons who are accused of committing criminal offenses, "thereby fulfilling the right to counsel as provided by the Sixth Amendment of the United States Constitution and Article One Section Nine of the Constitution of the State of Tennessee," Melton stated. As Public Defender, Melton maintains an active personal caseload and supervises the work of thirteen Assistant Public Defenders. Gerald’s undergraduate degree is from Middle Tennessee State University and his law degree is from the University of Tennessee. He trained in capital case defenses and is admitted to practice before the United States Supreme Court.

In addition to the Public Defender's obligations in the local courts and appellate courts, the job requires Melton to be the chief administrative officer for the local public defender's office. In that capacity, the Public Defender makes personnel decisions, budget decisions and has other administrative responsibilities attendant to running the local office. In performing these duties, Melton's goal has been to run the office "in accordance with sound business practices and the public trust."

Melton views the obligations of the Public Defender with a broad vision. While the primary role of the Public Defender is to represent the interests of the person immediately before the court, Melton believes that performing that duty also assures the continued viability of the Constitutional rights of all persons. “Defending the rights of one person,” Melton said, “protects the public against the use of unwarranted governmental power.” He added, "This task is more important today than ever before."

Gerald is married to Marcia Garrett Melton, who is a professional educator in the Cannon County School System. Marcia is the Director of Curriculum and Instruction for Cannon County Schools and in that capacity, she has been honored by being named Supervisor of the Year for the State of Tennessee. She has also served as Superintendent of Cannon County Schools. Gerald and Marcia are the proud parents of five children, and they have eleven grandchildren.

Moving forward, Melton hopes to add social worker services to the Public Defender’s office in order to better address systemic factors that lead individuals into situations resulting in criminal charges. In his announcement, Melton stated, "It is with great appreciation that I have served as your Public Defender for several years, seeking to fulfill this public service obligation while at the same time maintaining a balance of faith, family and friends. I humbly ask for your support as I seek the Republican Party nomination in May."