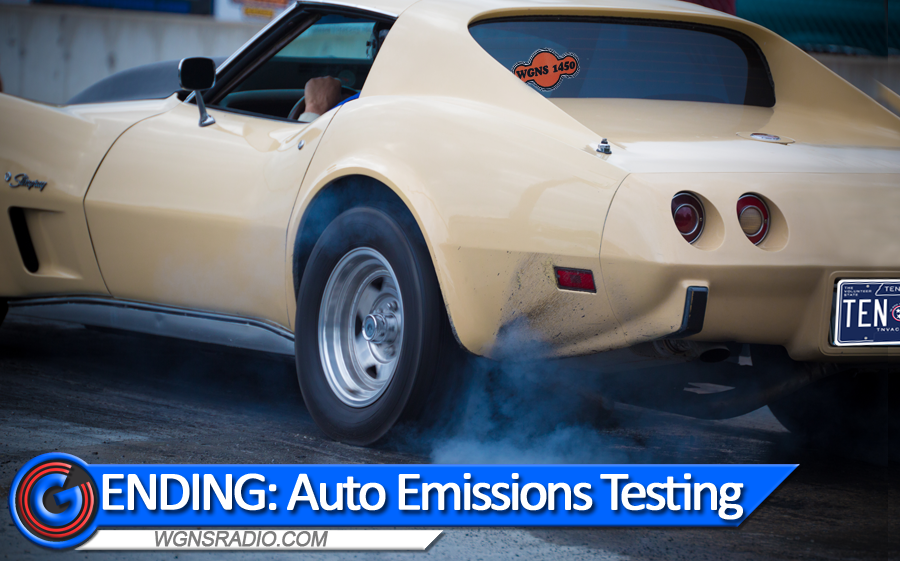 Rutherford is one of five counties in the state that will no longer have to participate in emissions testing.

The change in emission testing officially goes into effect on January 14, 2022 for Hamilton, Rutherford, Sumner, Williamson, and Wilson counties.

Reports also indicate that a tag registration or renewal price increase will go into effect on February 1, 2022. The increase will equal $4, which is cheaper than the $9 cost that Rutherford Countians have been paying for auto emission tests.

Vehicles that did not previously have to pass an emission tests will not be impacted by the $4 fee. As an example, owners of antique cars, motorcycles and heavyweight vehicles that were not under the same emission guidelines in the past, will not have to pay the $4 fee moving forward in 2022.

Scroll down for more detailed information on the tag renewal process for 2022 in Rutherford County...

Rutherford County Clerk Lisa Duke Crowell advises residents that a few changes to the tag renewal process can be expected in 2022.

Most notably, Rutherford is one of five counties in the state that will no longer have to participate in emissions testing. According to a news release issued by the Tennessee Department of Environment and Conservation (TDEC), this is because the Environmental Protection Agency (EPA) approved a revision to the state’s air quality plan earlier this year. In the release announcing the change, TDEC Commissioner David Salyers acknowledged this as the EPA’s “recognition of the improvement of our state’s air quality and demonstrates the diligence Tennesseans have shown toward achieving and maintaining this goal.” The change officially goes into effect January 14, 2022 for Hamilton, Rutherford, Sumner, Williamson, and Wilson counties.

Beginning February 1, 2022, the registration fee for vehicles in Rutherford County that would have required emissions testing will see a slight fee increase of $4.00. A resolution passed by the state allowed for counties that ceased the emissions requirement to increase the county fees. The increase was approved by the full County Commission in October 2021.

“This is not to be confused with a wheel tax increase,” said Crowell. “It is a registration increase and will appear in the county fee area on the renewals or registrations.”

Crowell noted that the increase will not affect vehicles that did not previously require emissions testing such as motorcycles, heavyweight vehicles, and those with antique tags.

According to Gov. Bill Lee’s office, per Tennessee statute, the plate is redesigned every eight years if funds are approved in the General Assembly’s annual budget.

This new license plate design (picture provided) will replace the current plate that launched in 2006 with modifications in 2011, 2016 and 2017.

Additionally, Rutherford County Clerk’s Office will no longer issue the month stickers for the plates; the new decals will have both the month and year of expiration.

Scroll down to learn about the NEW Driver Services Center...

Last week, the Tennessee Department of Safety and Homeland Security and Rutherford County Government broke ground at the corner of Blaze Drive and Fortress Boulevard for a one-stop County Clerk’s Office and Driver Services Center.

The center, expected to open in 12 months, will house the County Clerk’s Office and offer the same services as the downtown and Smyrna locations to include motor vehicle needs, passports, and marriage licenses. There will be two drive-through windows and a 24-hour kiosk for tag renewals. The Department of Safety will have offices at this express facility for services such issuing Real IDs, duplicate or new licenses or photo identification cards, handgun carry permit renewals, copies of driver records, and services for new citizens coming into the state.

Conveniently located near both Interstate 24 and 840, this location is expected to relieve some of the burden on the existing offices. The state and county are extremely proud to partner on this endeavor.

“The County Commission, County Clerk Lisa Duke Crowell, and I recognized the need for another location in Rutherford County to alleviate some of the overwhelming demand for services at our downtown and Smyrna locations,” said Mayor Bill Ketron. “We worked with the Tennessee Department of Safety and Homeland Security to make this happen, as we have a common goal of streamlining this process and making it more convenient for our residents to obtain their tags and other important documents.”

Tennessee Department of Safety and Homeland Security Commissioner Jeff Long explained, “This groundbreaking is a testament of a joint venture between city, county and state leaders whose common goal is to provide a driver services center for the people of Murfreesboro and Rutherford County. When leaders come together for the common good of serving their constituents, great things can and will be accomplished.”

“I am so grateful to Mayor Ketron, our County Commission, and state partners for supporting the expansion of clerk services to meet our county’s needs,” shared Crowell.