Are You Ready For Snowy Roads? 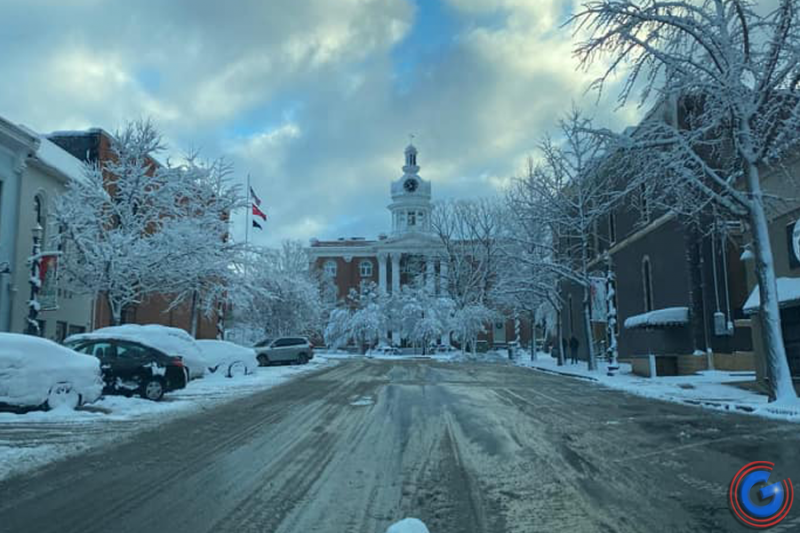 MRFREESBORO, Tenn. – In Mid-February 2021 the Middle Tennessee area experienced snowfall and the fifth longest period of below freezing temperatures for over seven days from Feb. 12-18, 2021. Most would rather soon forget the cold chill and inclement weather, but for the outstanding road crews who work for the City of Murfreesboro, it just means getting down to work.

ADVERTISEMENT
Murfreesboro City Street crews will once again by ready to work long hours under challenging conditions by clearing streets during the winter weather season. The crews were out and about late Sunday night and throughout Monday morning (01/03/2022) applying salt brine to major corridors to pretreat City streets ahead of the ice and snow and during the snowfall into Monday morning.

“As always, the City of Murfreesboro Street Department takes a proactive approach by applying salt brine to the roads before ice and snow begins hitting the roadway,” said Public Works Executive Director Raymond Hillis. “Our team will be ready to proactively prepare streets and remove ice and snow on major routes in 2022.”

Preparing for winter weather begins before any ice or snow hits the ground. A salt brine system pretreats City streets. Four trucks, a brine-making and brine delivery system, will apply brine prior to snowfall, which is more effective than rock salt because brine starts working immediately. The snow removal program is set up on a series of routes—six total routes assigned to six trucks. State routes and major City streets get priority along with critical areas--St. Thomas Rutherford Hospital on Medical Center Pkwy., steep grades, and other problem areas that require attention. The City Street Department currently has a total stockpile of 1,500 tons of salt with snowplows and trucks ready for the winter season.

Does Your City Road Need Attention from the Street Department?

The City Street Department provides ice and snow removal on State Routes within City limits under contract to TDOT.  If motorists see hazardous street conditions that need attention, please call 615-893-4380. Subdivision City streets are typically not salted or plowed due to limited equipment and personnel resources as crews focus on primary thoroughfares.

The City deploys 60 employees for snow and ice removal. These crews stand ready to mobilize when winter weather hits the City. During periods of ice and snowstorms, six dump trucks equipped with snowplows and salt spreaders are used to clear the roads. The Street Department, which is responsible for keeping City Streets clear of ice and snow, maintains a materials storage yard with a stockpile of salt each year.

Salt is maintained at the City’s Public Works Facility located at 4765 Florence and at the Public Works Facility on West Main Street.  For brine, the salt is added to a bin where water is mixed in and the rock salt slowly liquefies. The City’s brine system can produce up to 200 gallons of brine per minute or 12,000 gallons an hour. Once the brine is properly mixed, it is transferred to a 10,000-gallon brine tank to be stored. The combination of brine and rock salt applied to streets performs more effectively than salt alone.

The City’s winter weather budget is approximately $150,000 and includes salt, overtime for employees, and equipment maintenance. Salt is applied to City streets once snow has started to accumulate.

Motorists are urged to “Take It Slow” in ice and snow. If you are involved in a minor vehicle crash without injuries, the Murfreesboro Police Department asks you to move your vehicle out of the roadway, if possible, to avoid secondary crashes. The non-emergency number for the MPD is 615-893-1311.

The Tennessee Department of Transportation (TDOT) is responsible for maintaining and clearing interstates and state routes, including I-24 and I-840 in Rutherford County.