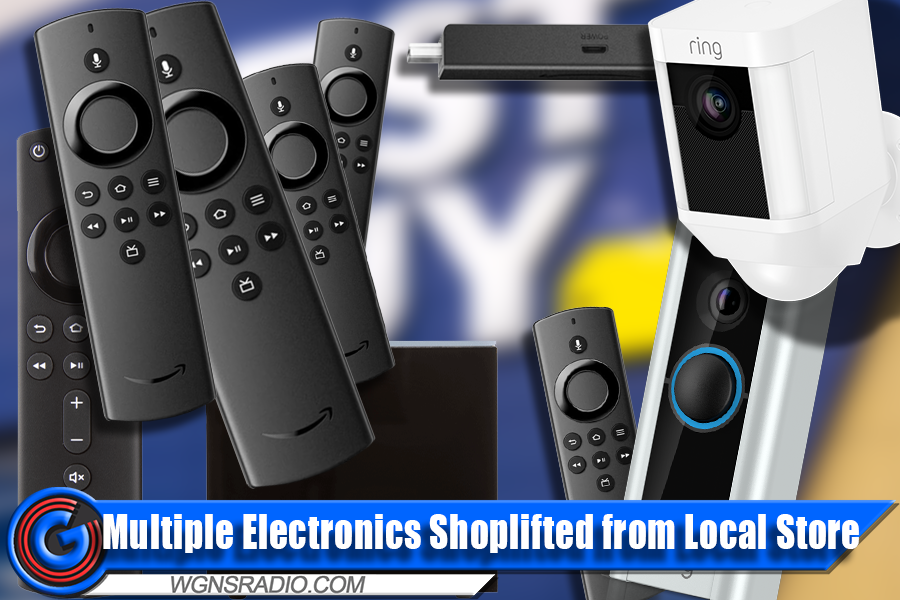 Above: Items reportedly shoplifted at store in Murfreesboro

Doorbell cameras, and video streaming devices were the targeted items for a shoplifter who recently visited the Best Buy store in Murfreesboro.

According to a store manager, police were called shortly after observing a female steal the electronics - - a female who had previously been accused of shoplifting from Best Buy in the past.

The manager told MPD Officers that the woman entered the store carrying what looked to be an empty bag under her arm. When she left the store, the bag appeared to be full.

As the woman left the Medical Center Parkway store, she noticed the manager was watching her. With the manager aiming his attention at the accused shoplifter, she allegedly looked at him and laughed while pointed her finger at him as if she were firing a "finger gun," according to the police report.

Scroll down for more on this shoplifting incident...

Security footage from the store surveillance system reportedly captured video footage of the woman putting merchandise into her bag, prior to leaving. The store manager said that he was able to account for several electronic items that were missing. Those items included Five Amazon Fire Stick streaming devices, one Amazon TV Cube, one Ring Doorbell Pro, five regular Ring Doorbell's and one Ring Doorbell 3 series camera.

The store manager told police the female was seen leaving the parking lot in a black Hyundai Sonata with a Tennessee tag that returned to a Nashville address. Dispatchers with the Murfreesboro Police Department were able to find the name of the registered owner of the license plate number, but authorities could not locate the woman. Police looked at a driver's license photo of the woman whose tag was on the getaway vehicle, but said the picture did not match the woman who was caught shoplifting on camera.

A police report filed on January 19, 2022 showed that several Best Buy stores in multiple counties have placed workers on alert to be on the lookout for the woman, but to date she has not been caught or even identified.

The total value of the merchandise stolen from the Murfreesboro store added up to more than $1,200.