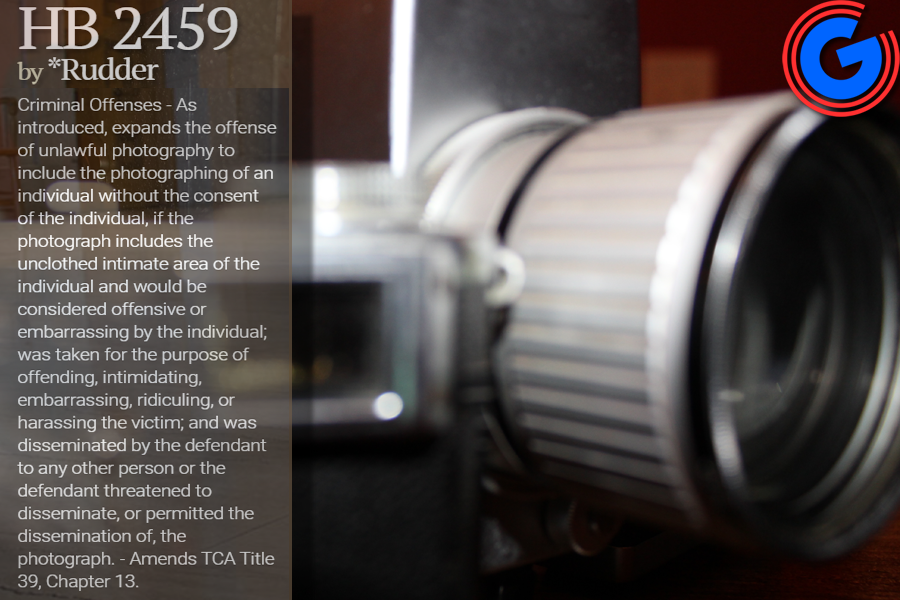 A proposal to expand the definition and punishment of unlawful photography in Tennessee will soon begin making its way through House committees.

House Bill 2459 clarifies that unlawful photography includes taking photos or recordings of unclothed intimate areas of a person’s body for the purpose of offending, intimidating, embarrassing or harassing them or for personal sexual arousal or gratification.

ADVERTISEMENT
“The deliberate invasion of privacy can be humiliating for victims,” said bill sponsor State Rep. Iris Rudder, R-Winchester.  “Strengthening this law will serve as a deterrent, but will also allow our justice system to fully punish those who intentionally stalk or harass others in this way.”

The bill clarifies that when an offender uses images for sexual gratification, they will be charged with a Class A misdemeanor, a penalty that carries a possible sentence of 11 months, 29 days in jail and $2,500 fine. The proposal adds a Class B misdemeanor offense when an image is used for offending, intimidating, embarrassing or harassing a person. That crime carries a penalty of six months and a $500 fine.

Rudder introduced the bill after a teenager in Franklin County was secretly recorded by another student while undressed in a bathroom stall at school. The student shared the video on social media, but could not be criminally charged under current statute.