In Sickness and in Health: Wife Donates Kidney to Husband 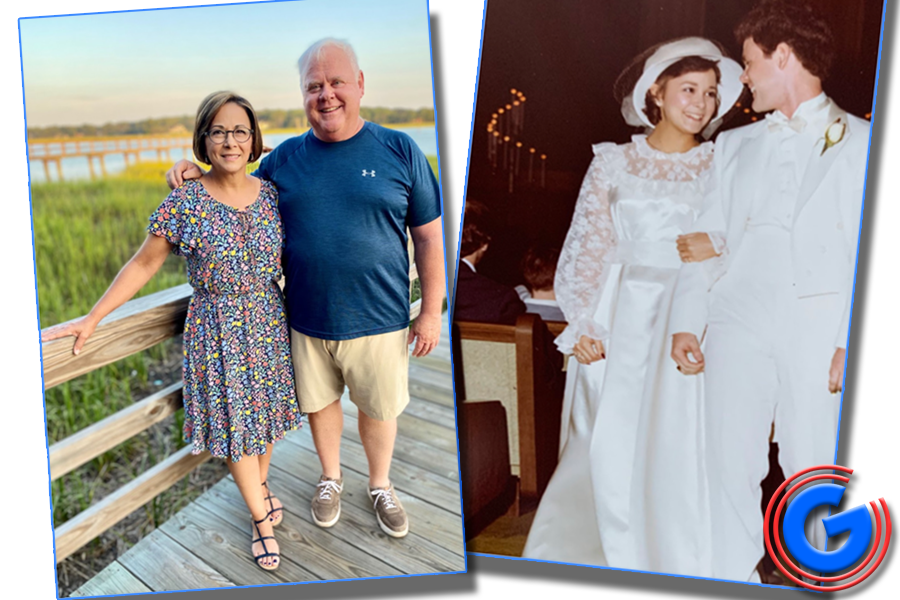 It was young love. Wendy and Rayme Phillips, 60, met at a church gathering and started dating in January 1980. A little over a year later, in April 1981, they were married at just 19 years old. They started their family in 1984 and were blessed with three children. Wendy is passionate about arts and music and Rayme is passionate about sports. “The thing that we really had in common was our spiritual life,” said Wendy. “We had a love for the church and that’s what drew us together.”

Rayme worked hard all of his life and by the age of 30 he became an insurance agent. “It just was the perfect fit for him,” said Wendy. “He is a very outgoing person and he has thrived in his career. We were able to travel around the world with Rayme and we were so blessed to have those experiences.”

After many years of dealing with hypertension, Rayme’s health was taking a toll for the worse. In 2017, he saw his primary care physician for a routine check up. “The doctors asked me for a urine analysis,” said Rayme. “I think that is what prompted them to do an ultrasound on my kidneys. I didn't feel any different. I was still doing everything I was wanting to do. I was playing golf and staying pretty active through that time.”

The doctor informed Rayme that he only had one functioning kidney at the time and suggested some supplements to take to help with his kidney function. “Things were not getting better,” said Wendy. “We were scared things were taking a turn for the worse and thankful we were referred, by a friend, to see a Nephrologist at Dialysis Clinic Inc.

Having many evaluations and discussions with the doctor, they were able to put Rayme on the kidney transplant list in August 2021. Wendy and Rayme’s daughter decided to see if she was a match and it turns out she was. Unfortunately, with the genetic kidney disease that runs in Rayme’s family, they could not accept her as a donor. “I decided to begin the process to see if I could be a donor for Rayme,” said Wendy. “I got the call in November that I was a match and I can’t even tell you the excitement that I felt. I just thought, ‘this is it, this is what I’m supposed to do’.The staff at Ascension Saint Thomas Hospital West were amazing. They explained everything to us. They just made you feel like everything was going to be okay.”

Dr. Derrick Moore, Abdominal Transplant Surgeon at Ascension Saint Thomas, performed their surgery on January 28th. “I never really thought that Wendy would be a match,” said Rayme. “I am just very fortunate.”  Wendy and Rayme are now recovering from their procedure and looking forward to their healthier future.