Walmart shoplifting incident added up to more than $1,300 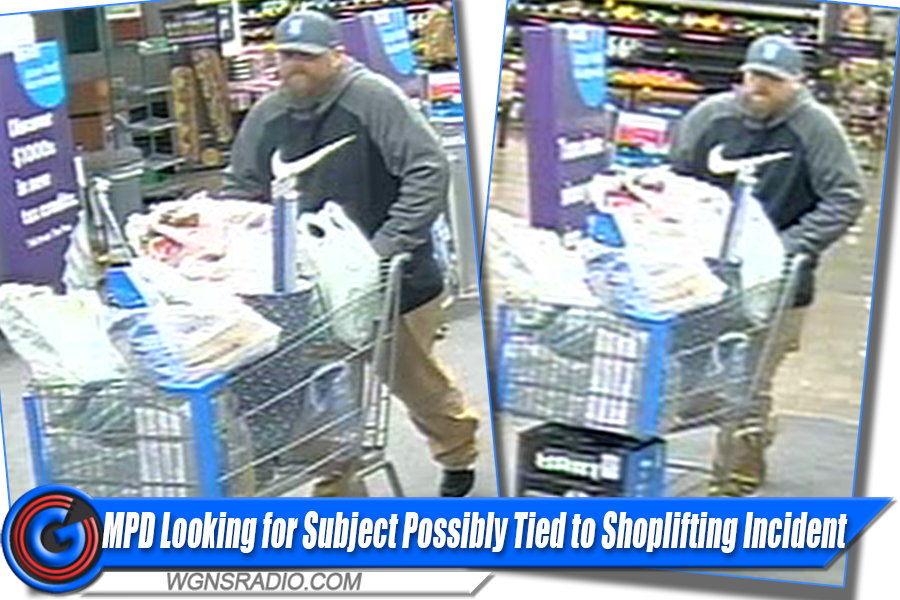 ABOVE Photos Released by MPD

The Murfreesboro Police officers are on the lookout for a man who is wanted for questioning in a shoplifting case.

Authorities report that a man walked into Walmart on Old Fort Parkway and made his way to the tool section. There, he allegedly loaded a drill, bench grinder and two propane tanks into his shopping cart.

The food aisle was another area of interest in the shoplifting case. On the grocery store aisles, Walmart loss prevention workers told police that multiple food items were lifted.

The unknown culprit later pushed a full shopping cart past all points of checkout and left the area. Walmart speculates the unknown shoplifter stole over $1,300 in merchandise on January 29, 2022.

The MPD asks the community, “If you can help detectives identify this man, contact Detective Ed Gorham at 629-201-5507.”