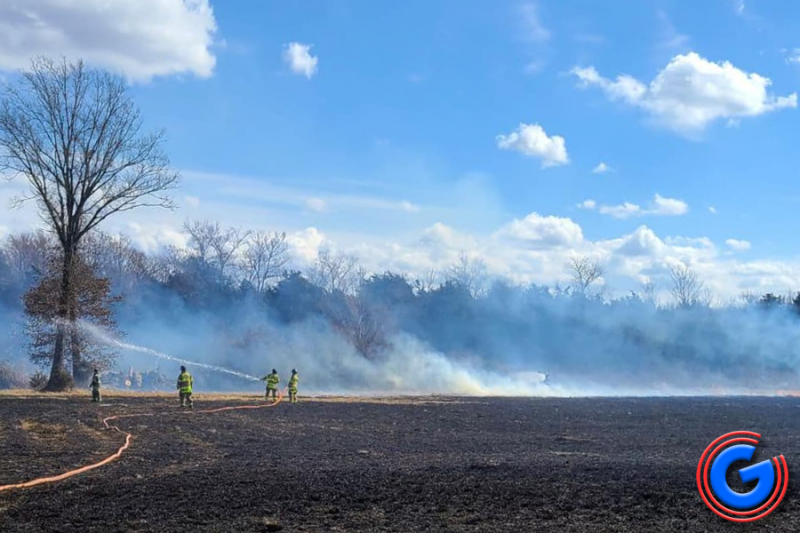 CLICK ABOVE PHOTO FOR MORE PICTURES - Firefighters in Murfreesboro have been busy this week, starting with a commercial fire alarm that sounded off on Sunday (Feb. 13, 2022) at Farrer Brothers Hardware at 1209 NW Broad Street. After the fire was extinguished, an investigation reveled the cause of the blaze was a malfunctioning used oil heater. There were no injuries or even fire or smoke damage to the building.

On Monday (Feb. 14, 2022) night just before 9PM, Murfreesboro Fire and Rescue received a call for a fire at Middle Tennessee Christian School. According to fire officials, a group was meeting in the school library when they heard the fire alarm going off. They noticed the fire in a locked office and called 911. Firefighters quickly arrived and the building was evacuated.

ADVERTISEMENT
The fire was in an office inside one of the main MTCS buildings. Fire crews worked fast to extinguish the small blaze.

No injures were reported and the cause of the fire is still under investigation.

On Wednesday (Feb. 16, 2022), despite open burn permits being placed on hold by the Tennessee Department of Forestry due to high winds, a fire on open acreage rapidly spread.

During times of increased wind speeds, even the smallest open burn can quickly get out of control, according to the local fire department.

The fire that took place on Wednesday ended with Murfreesboro fire crews heading to Old Castle Drive that runs parallel with South Rutherford Boulevard. While on open land, the flames were directly next to a densely populated area.

Thankfully, no one was injured as crews worked to contain the fire to approximately 1 to 2 acres.

Responding to the scene were Fire Engine 3, Ladder Truck 1, a single Brush Truck, Rescue 1, Ladder 8, Safety 1 and 2, and Battalion Chief 2.

Murfreesboro Fire and Rescue reported that open burning performed in the absence of a valid burn permit is subject to a citation by the Fire Marshal’s Office.

And Not to mention, the fire departments Ladder 1 rescue team also took time out of their day on Wednesday to help a local school, which allowed for students to learn about fire trucks and fire crews. The situation outside the Discovery School at Bellwood involved a malfunctioning American Flag that is displayed in front of the city school.