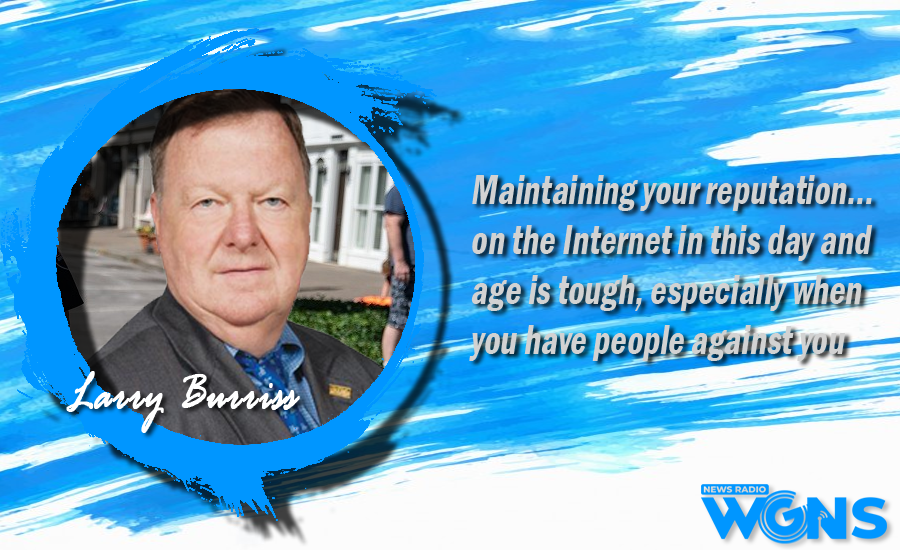 Maintaining your reputation… on the Internet in this day and age is tough, especially when you have those who are against you. With more, here is Dr. Larry Burriss with MTSU…

Scroll down for more…

VERBATIM: “In his play “Othello,” William Shakespeare commented on the importance of reputation, and said he would much rather lose his money than lose his good name.

Even in the Bard’s time, making up for a damaged reputation was difficult. With the Internet it’s nearly impossible, but several companies are in the business of Internet manipulation, designed to counter all those bad things people say about you.

We’ve all seen and heard horror stories about misunderstandings, distortions and outright lies spread through the CyberVillage, or is it the Metaverse, sometimes by accident, but sometimes maliciously. We also know the near-impossibility of setting the record straight.

But if you know how the Internet really works, you can use that knowledge to your advantage. Or if you’re not quite tech-savvy enough, you can pay someone to do it for you.

Most Internet search engines have a secret formula they use to rank sites. Sites meeting certain criteria will go to the top of the search list, and it is the top five that are generally considered the most dangerous.

So if you know what you’re doing, you can create web sites that will push these original sites down the list, where they are less likely to be seen, and move your own site to the top of the list.

You can also create blogs and then start a dialogue where it appears dozens, or even hundreds of people are talking about how great you are, and how unfair those other people are.

But wait. What if you really are a bad person? That means you can create sites that will try to fix your really horrible reputation.

Or if you’re a political candidate, all of those positive blogs and web sites could be being run out of the central campaign office by just a few volunteers.

Of course, those opposition blogs could also be run from a central office by just a few volunteers.

Now, you don’t really think they would do that kind of thing do you? In less time than it takes to say “vote for me.” - I’m Larry Burriss.”