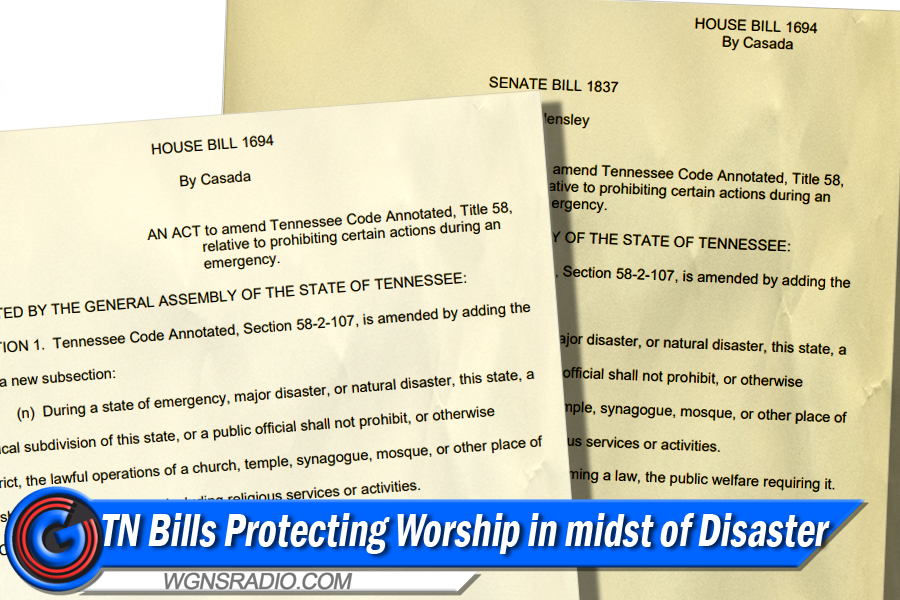 Tennessee House of Representatives have passed legislation that is designed to further protect Tennesseans’ First Amendment right to hold religious services during a state of emergency, major disaster or natural disaster. The measure passed the House chamber with 73 Republicans voting in favor and 19 Democrats voting against it.

House Bill 1694 prohibits the state, a government entity or a public official from prohibiting, or imposing additional restrictions on, the lawful operations of a church or any religious organization during a state of emergency. Those emergency situations could include anything from earthquakes to pandemics.

In the house, the bill passed on first consideration February 17, 2022.

The Senate version of the bill (SB 1837) was placed on the Senate State and Local Government Committee calendar for March 1, 2022.

Scroll down for more on these bills...

Continued (Protecting Religious Freedom during Times of Disaster in TN)...

The First Amendment guarantees the right of all citizens to freely practice their religion and to peacefully assemble at their chosen house of worship. Though Tennessee has not imposed any restrictions on religious services since the pandemic began, other states have.  These bills ensure the government will not infringe on those rights and covers all religious faiths.