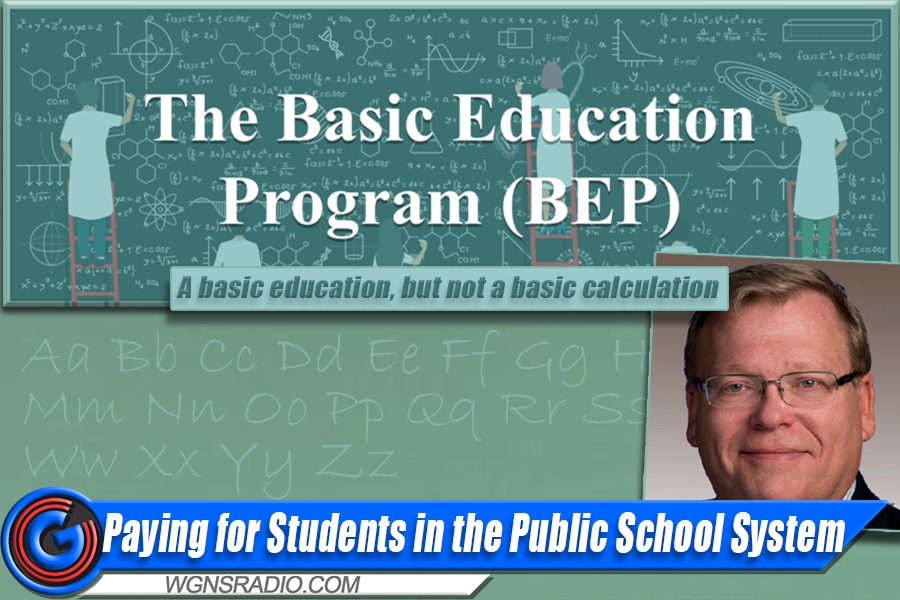 More money may be going into the Murfreesboro City School System, along with other public education facilities by the end of 2022, but some lawmakers are leery of the latest ingredients to Tennessee's Basic Education Program (BEP).

The BEP is the funding formula for Tennessee’s K through 12th grade public schools throughout the state. The math behind the education system represents a huge portion of the state's overall budget – totaling more than $4.8 billion dollars.

While the BEP formula is extremely complex, there are some easy to read areas that could be changed for the betterment of students. One issue revolves around the number of tests that teachers are required to administer.

The BEP formula is so intricate that it covers everything from the number of school nurses to what textbooks are used in the classroom.

With COVID having such a strong impact on schools over the past couple of years, Representative Rudd said another must is to make sure that teachers have adequate healthcare coverage...

Each year, lawmakers dive into 46 different key components of the BEP (Basic Education Program) to form an estimate on how much it will cost to operate public schools in all 95 counties. After the BEP is calculated and approved, funding from the state is handed down to local school systems - - all to provide a basic education.

Scroll down to learn more about the BEP or read more about it on the TN Comptroller's site here.

From the State of Tennessee: The Basic Education Program, or BEP, is the funding formula for Tennessee’s K-12 public schools. The BEP represents a huge portion of the state budget – over $4.8 billion dollars, or more than a quarter of total state dollars in the budget. The BEP formula is also exceedingly complex, with 46 different components that generate funding and an equalization process that sets state and local shares of funding. Given the magnitude of taxpayer funds involved, the Comptroller’s Office has repeatedly emphasized the importance of independently verifying the BEP and making the formula as transparent and understandable as possible.