TBI Says 5 "Missing Children" May Be In Rutherford County 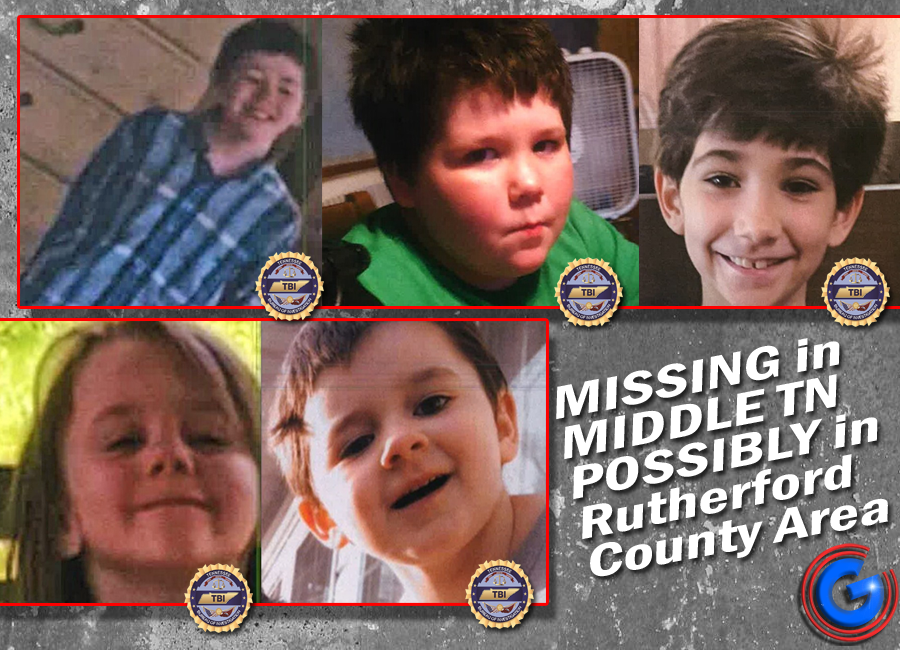 (NASHVILLE) The Tennessee Bureau of Investigation has issued an ENDANGERED CHILD ALERT for five missing siblings. Authorities indicate that they may be here in Rutherford County or in Davidson County.

The TBI reports that the five children are siblings.

If you see these children, please call Metro Nashville Police Detective Joseph Stanton at 615-862–8600, or the Tennessee Bureau of Investigation at 1-800-TBI-FIND.