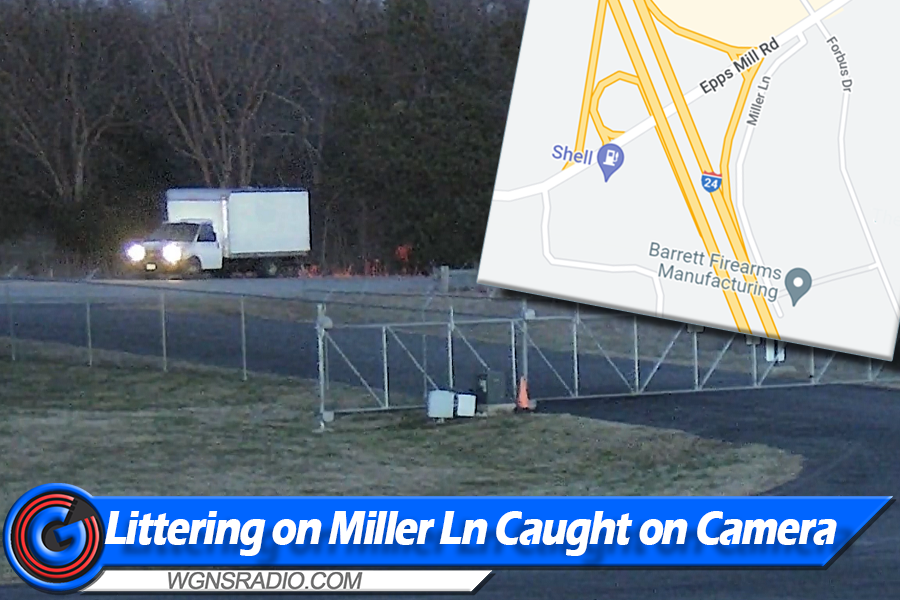 Another littering case was caught on camera in Rutherford County. This time, the trash drop-off occurred in the Christiana area, near Interstate 24.

The Rutherford County Sheriff’s Office says the driver of a large box truck, that was white in color, unloaded a pile of tires along Miller Lane off of Epps Mill Road. The incident was recorded on a surveillance camera the morning of Thursday, February 10, 2022 at 5:45am.

ADVERTISEMENT
According to the Sheriff’s Office, the driver unloaded a pile of large tires on a resident’s property. After unloading the tires, the culprit drove away.

The box truck was described as being white in color with faded paint on the hood.

As for the driver, he was described as a heavy-set white male with dark hair.

See video released by the RCSO below:

Scroll down to learn how you can help the Sheriff's Office...

Listen to WGNS "LIVE" now by clicking the below graphic:

Can you help the RCSO?