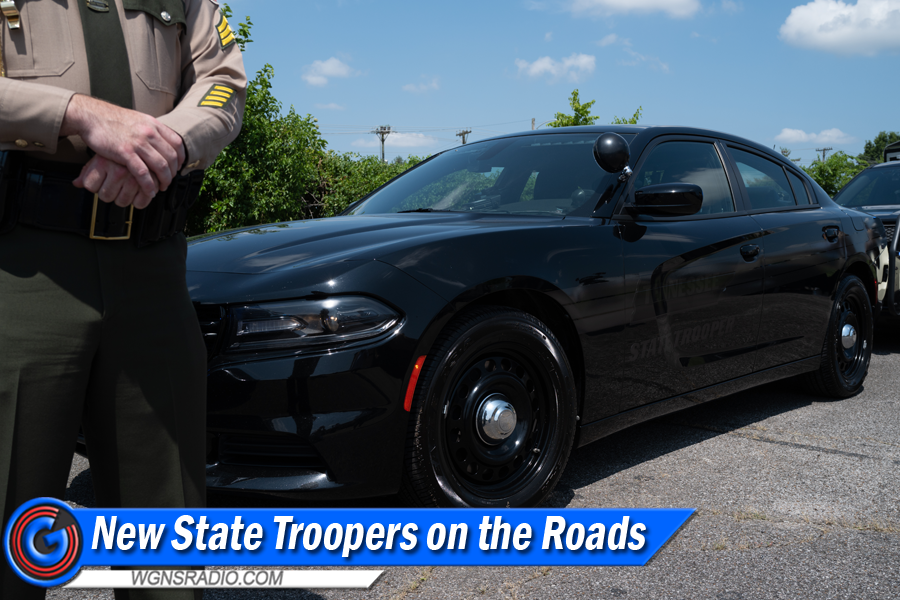 The department simultaneously instructed a regular 16-week trooper cadet class and a 10-week lateral trooper cadet class. The lateral class returned from their district assignments for the graduation ceremony that took place in Nashville.

The 46 graduates of Trooper Cadet Class 1021 included five prior law enforcement officers, 14 cadets with prior military service, six cadets with Associate’s degrees, 19 cadets with Bachelor’s degrees and one cadet with a Master’s degree.

In talking about the training leading up to the graduation, Captain Shane Stafford said it is similar to military bootcamp, especially the first few days…

Some of the new troopers will be assigned to counties in our immediate area to include Rutherford and Bedford Counties.

Scroll down to continue reading and to see a video about the graduation...

Governor Lee served as the keynote speaker during the graduation ceremony, and Commissioner Jeff Long swore in the new troopers as they delivered their oaths of office.

Governor Lee stated, “Law enforcement is a calling, and I commend Tennessee’s newest trooper class for their commitment to protect and serve their fellow Tennesseans.” The Governor went on to state, “The Tennessee Highway Patrol plays an essential role in ensuring public safety, and I remain dedicated to supporting them with strong investments in high-quality training, recruitment and the resources needed to keep our communities safe.”

Commissioner Jeff Long said, “Each one of you earned this incredible honor of being chosen to serve as a Tennessee state trooper.”

Tennessee Highway Patrol Colonel Matt Perry announced, “This class has presented you with some unique challenges, and throughout your career, you will continue to be challenged.” He reminded the graduates that adversity comes with the job and challenged them to rise to the adversities they will face. He continued, telling the newest members of the Highway Patrol, “You no longer serve only yourself; you serve the citizens of the state of Tennessee and those that travel to and through our state.”

Trooper James Roark of class 1021 was named the top cadet for his class and was presented with the Trooper Calvin Jenks Memorial Award for Excellence for his leadership, work ethic and academics. The award was named in honor of the late Trooper Calvin Jenks, who was killed in the line of duty in January 2007.