COMMENTARY: Well over 100-years ago, the first radio signal travelled across the English Channel 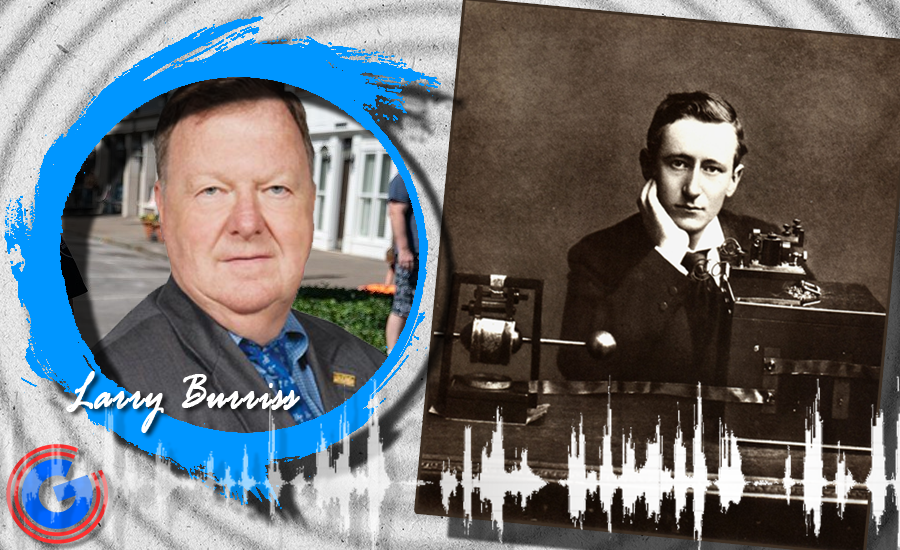 ABOVE (L TO R): Dr. Larry Burriss and photo of Guglielmo Marconi

123-Years ago, the first radio signal was sent across the English Channel... with more, here is MTSU Professor Larry Burriss...

Scroll down for more on this story and Dr. Larry Burriss...

VERBATIM: In the coming week, on March 27, 1899, Guglielmo Marconi sent the first faint radio signals all the way across the English Channel.

Although this was some 123 years ago, by almost any standard radio, as a technology, is still new. After all, when you look at the most other basic form of mass communication, the printed word, there haven't been that many changes since Johann Gutenberg developed movable type in Germany around 1440.

But today, in fact, many newspapers, book publishers, magazine editors, and even writers of love letters, are using different forms of radio to relay their messages across the sdtreet or around the world.

Since Marconi's day we've seen radio, in the form of a myriad of services and technologies grow to the point where instantaneous, clear communications is the accepted norm we tend to take for granted.

Now when we talk about radio, we're talking about a technology that is independent of the content. In fact, at its simplest radio is mere one way of using the electromagnetic spectrum.

So an important point to remember here is that it is the technology that is critical here, not the content. We can broadcast anything we want via radio: newspapers do it, televisions stations do it, and even the newest of Internet marvels, social media use radio.

Despite all of this, despite the technology, the equipment and the capability, radio communication still comes down, at base, to two people talking with each other. This technological marvel we have created would be useless without the messages we put on all of those carrier currents.

But we shouldn’t get so wrapped up in the technology we forget why we are using radio in the first place.

The promise of radio is not in faster, higher, clearer or farther. The promise is in the ability to use the electromagnetic spectrum to improve life, bind us together and help us deal with the multiplicity of problems we face.