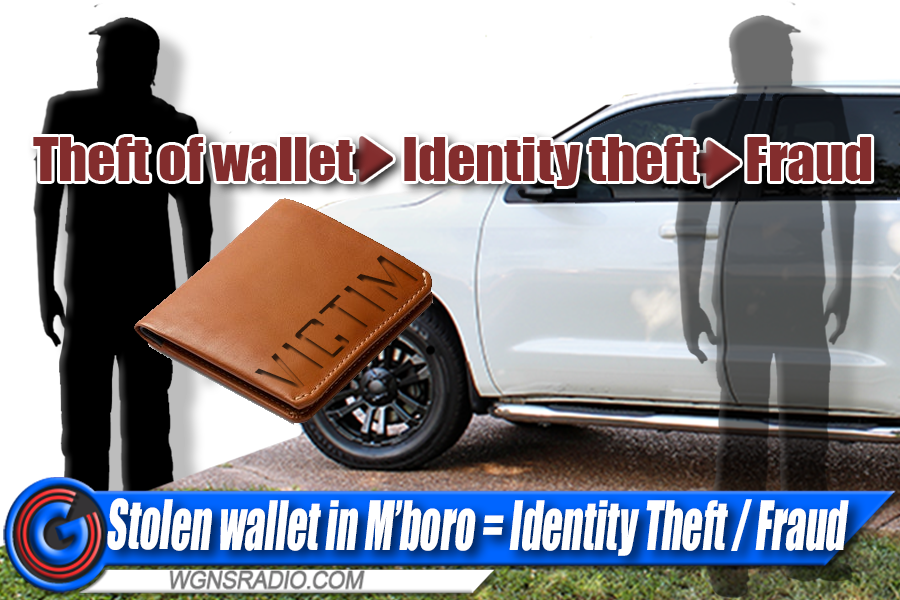 Identity theft continues to plague citizens both locally and across the globe.

ADVERTISEMENT
A 2021 article by Experian, a credit reporting agency, shows that identity theft affects about 1 in 20-Americans each year. If those numbers hold true, that means about 17,700 residents will fall victim to some form of identity theft in Rutherford County this year alone.

In Murfreesboro, a 27-year-old man who had his wallet stolen this past January, learned that whoever stole his wallet was now trying to finance a car using his identity.

Two weeks ago, the victim reported to police that he received a credit alert notifying him that someone was using his identity in an attempt to finance a car. Apparently, the unknown scammer was at a Broad Street car dealer... just 3-miles away from the victims home.

When the victim called the auto dealer, he was hit with a roadblock. The dealer would not elaborate on the subject who was attempting to make the purchase.

Scroll down to continue reading about this Rutherford County story...

While police were unable to track down a possible suspect, it appears that the transaction did not go through.

Looking back to the original case, the victim told MPD that his Social Security Card, driver's license and credit cards were all in his wallet when it was stolen earlier this year.

At this point, the theft of a wallet case that has since turned into an identity theft case that now involves fraud, remains open.

It's hard to imagine that a case involving something as small as a stolen wallet can lead to the fraudulent use of identity to purchase of a new car.

Sadly, car loans obtained through identity theft are quite common.

Scroll down for an unrelated fraud case in Murfreesboro...

In an unrelated case, a Murfreesboro resident who inquired about a rental property he found online went as far as filling out an application before going to see the residence in person.

The victim was told he would receive a keypad code to enter the rental property after he completed the application.

As luck would have it, no key code followed his application. The victim said the online ad for the property was removed shortly after he completed the application.

It is not yet known what adverse impact the fraudulent application will have on the victim.