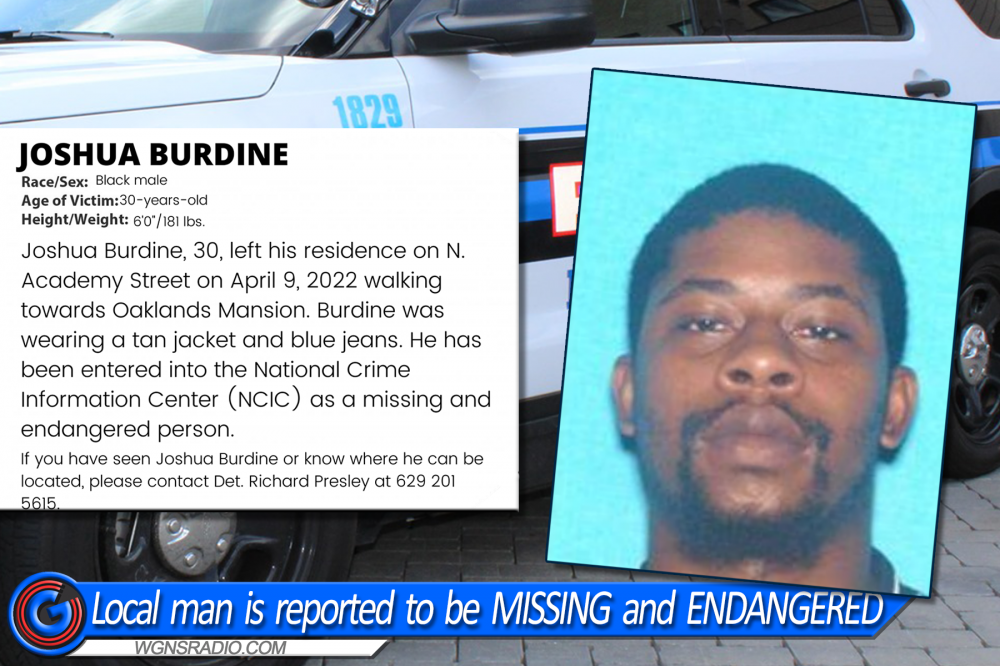 MURFREESBORO, Tenn. —  Police in Murfreesboro advised media on Friday that a 30-year-old man has been reported as missing. Joshua Burdine is also listed as being endangered, according to MPD Public Information Officer Larry Flowers.

The local man evidently left his residence on North Academy Street April 9, 2022, walking towards Oaklands Mansion and has not been seen since. Burdine was wearing a tan colored jacket and blue jeans when he went missing over 5-days ago.

ADVERTISEMENT
According to the MPD, Burdine is a black male who stands 6-feet tall and weighs approximately 181-pounds.

He has been entered into the National Crime and Information Center (NCIC) database as a missing and endangered person.

If you have seen Joshua Burdine or know where he can be located, please contact MPD Det. Richard Presley at 629-201-5615.