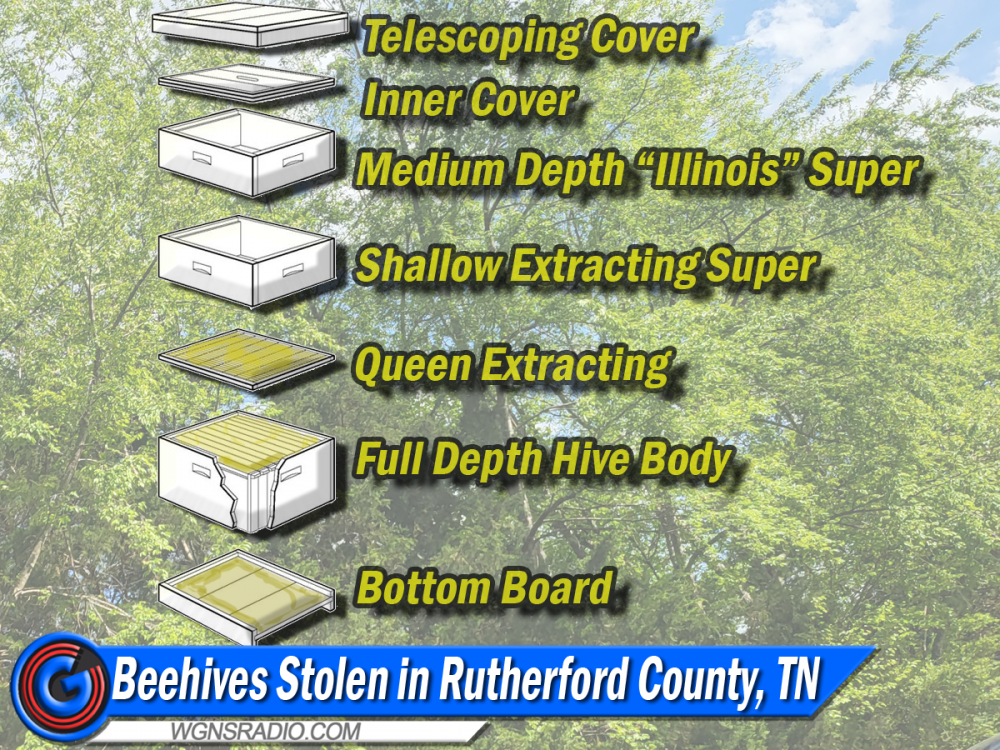 Above: The interior of a bee box, referred to as a Brood Box or the Honey Super

(Murfreesboro, TN) Here’s a not so sweet story with a sweet ending – one thing for sure though, it's a story that packs a real sting!

Evidently, thieves allegeldy took 5-beehives, you know – the boxes you sometimes see on a farmer’s land that are filled with beehives and of course, swarms of bees. The theft occurred right here in Rutherford County.

ADVERTISEMENT
Apparently, it was not the first time that thieves hit one of the victim’s property. By the way, that victim harvests the honey, packages it and later sales it. In other words, his hobby is also a part-time job. Those bees were basically his livestock.

After the thieves hit the victim’s property the second time, the victim was ready for their visit. A GPS tracking unit was installed in the boxes that are called the “Honey Super” or brood box which hold the hives and the bees. In other words, the alleged bee thief would soon feel the sting of the law.

A total of 5-brood boxes were stolen and yes… tracked to the location of the suspect. Once authorities arrived at the suspected bee thief’s property, they found over 30 brood boxes that were possibly stolen from other beekeepers in the Rutherford County area and maybe even from beekeepers in some of the counties that surround Rutherford County. At least 17-bee boxes or brood boxes were confiscated and returned to their rightful owner, although in worst shape when returned – they were indeed returned.

Scroll down to learn about the sting felt by the suspect(s) in this case...

When the long arm of the law found the bee broods, some were held together with duct tape. The bee brood owners say that’s not how the bee boxes left their property. Prior to them being stolen, they boxes were in one piece and not reinforced with tape.

As for where the beekeeper hid the GPS device that led authorities to the suspect… it was deeply embedded in one of the honeycombs.

Today, the Rutherford County Sheriff's Office, Murfreesboro Police and agents with the Tennessee Wildlife Resource Agency are investigating the theft at this time. WGNS hopes to have a suspect’s name to release later this week and the charges they face.