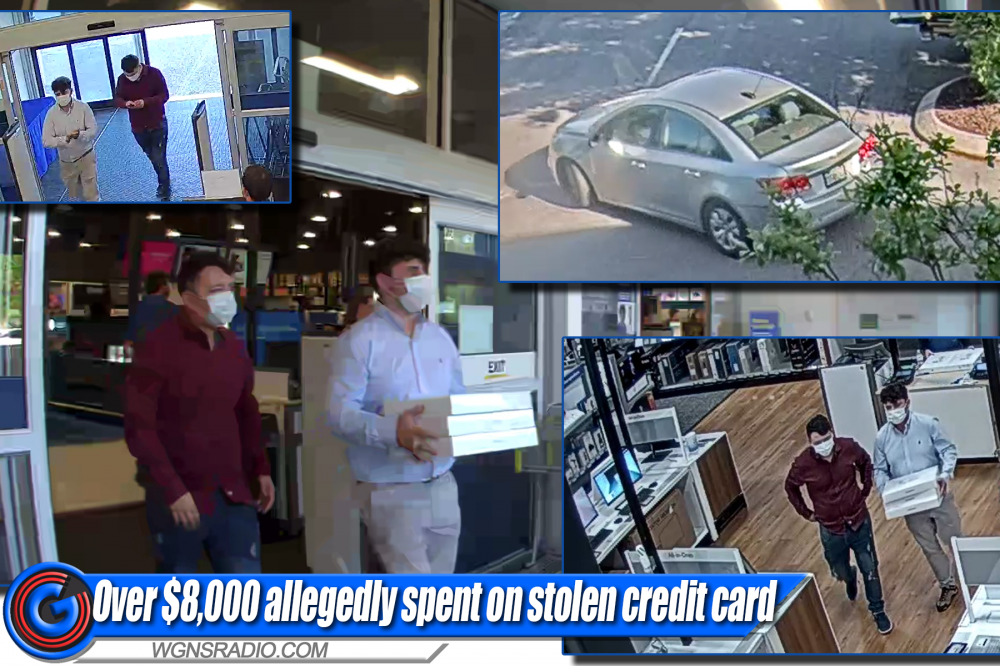 Photos released by the MPD

(Murfreesboro, TN) A shopping spree that added up to more than $8,000 has police looking for clues in hopes of nabbing the subjects who used a stolen credit card at Best Buy on Medical Center Parkway in Murfreesboro.

ADVERTISEMENT
It is believed that the credit card was stolen from a car parked at the Cason Lane Greenway Trailhead. Police say the car was near the dog park.

The suspects in this case are believed to be driving a newer model Chevrolet 4-door sedan, possibly with a Florida license plate.

Listen to WGNS Everywhere! You can find WGNS on
Streema, SecureNetSystem, OnlineRadioBox, Radio.net, FMradioFree, and more!

If you have information about the two individuals caught on camera (picture above this story), please contact Detective Daniels with the Murfreesboro Police Department at 629-201-5512.