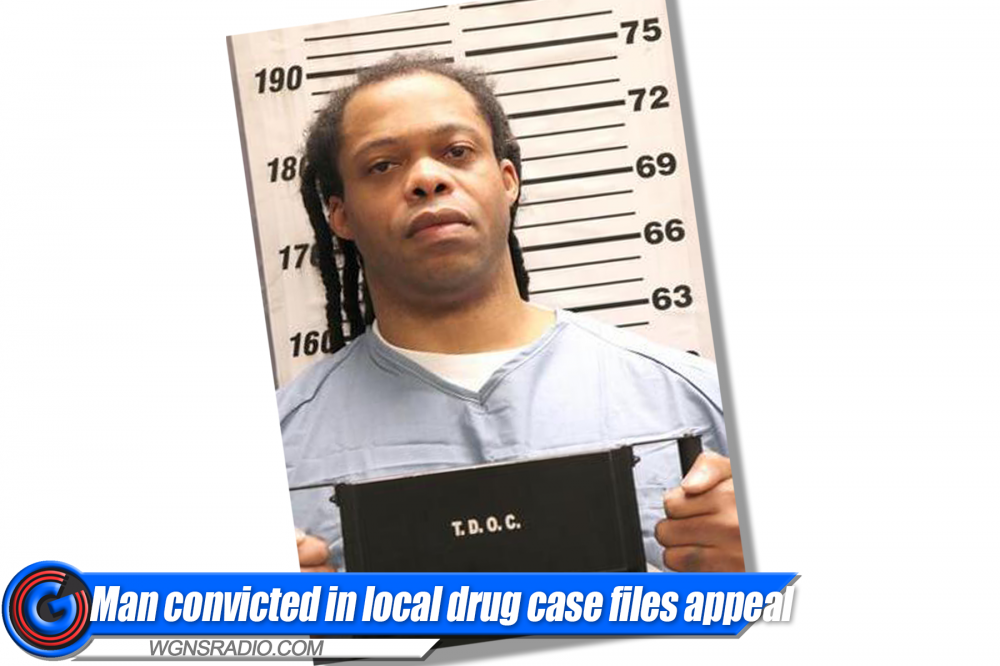 The investigation that led to Patton's conviction started in 2014, when the Tennessee Bureau of Investigation and the Rutherford County Sheriff's Office began looking into heroin deals being made in Murfreesboro and Smyrna.  During the investigation, authorities watched Patton closely, even installing a remote-controlled camera outside a South Church Street business the appellant allegedly co-owned.  11-Months after the investigation started, Patton was indicted.

The Appellant contends that evidence was insufficient to support his convictions.

According to the appeal, Patton claims the trial court incorrectly denied his motion to suppress evidence obtained from GPS tracking devices and wiretaps. Among other things, he also believes the court made a mistake in not requiring the State to identify four confidential informants.

44-Year-old Eric Patton will be eligible for release in December of 2065 - at that point, he will be 87-years-old.