Reward for Information Leading to the Capture of the 'Rock Burglar,' who may have broken into 36 local businesses 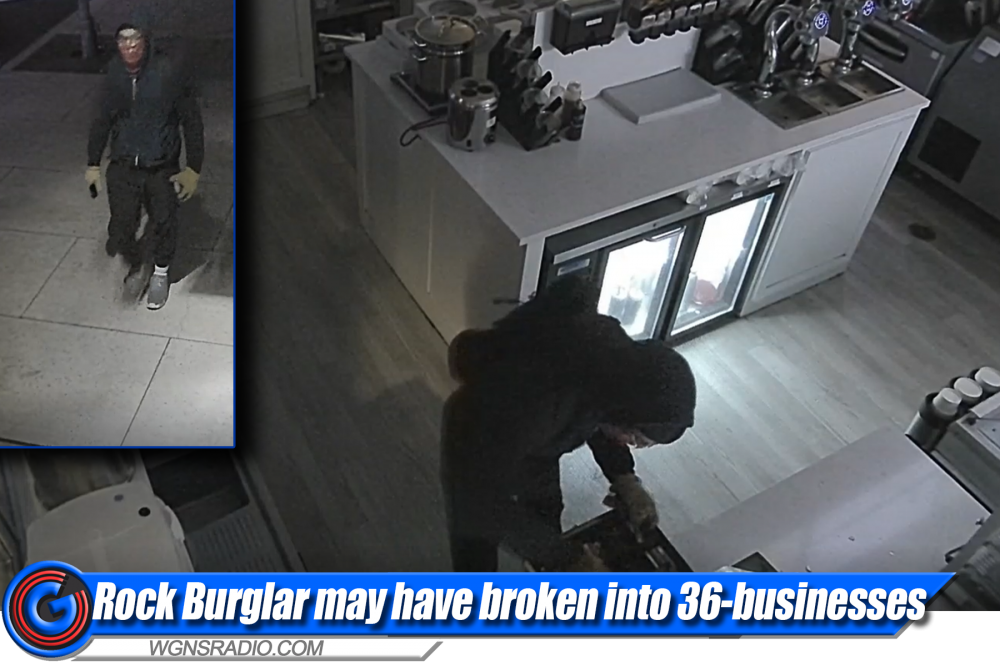 (Murfreesboro, Tenn.) Rutherford County CrimeStoppers is offering up to $1,000 for information leading to the arrest of a serial ‘Rock Burglar.’  The so-called rock burglar broke into two more local businesses this week and police now suspect the same subject may be responsible for up to 36 burglaries in the Murfreesboro area.

On Tuesday, May 10, an individual smashed the front glass door of the Subway, 2933 Medical Center Pkwy.  The burglar jumped the counter and emptied the cash register.  He was in and out within 20-seconds.

ADVERTISEMENT
About 18-minutes later, the front glass door of the Homegrown Marketplace & The Soda Bar is shattered.  Surveillance video shows the same person entering the business, grabbing money from the cash register, and leaving within seconds. MPD Public Information Officer Larry Flowers told WGNS…In the two recent burglaries the alarm sounded in both cases, but by the time the alarm company alerted the police, the burglar was gone.

The unidentified burglar may be responsible for at least 36 business burglaries in Murfreesboro since Nov. 2021. Police tell WGNS NEWS that the serial burglar may have committed similar burglaries in several Middle Tennessee cities, including Smyrna, Nashville, Mt. Juliet, and Shelbyville.

CAN YOU HELP POLICE? Anyone with information on the burglaries or who knows the burglar should contact Detective Robert Jamison at 629-201-5581 or email tips to crimetips@murfreesborotn.gov. You can give anonymous tips by calling the Rutherford County Crime Stoppers hotline at 615-893-STOP (7867) or downloading the P3 Intel Mobile App.