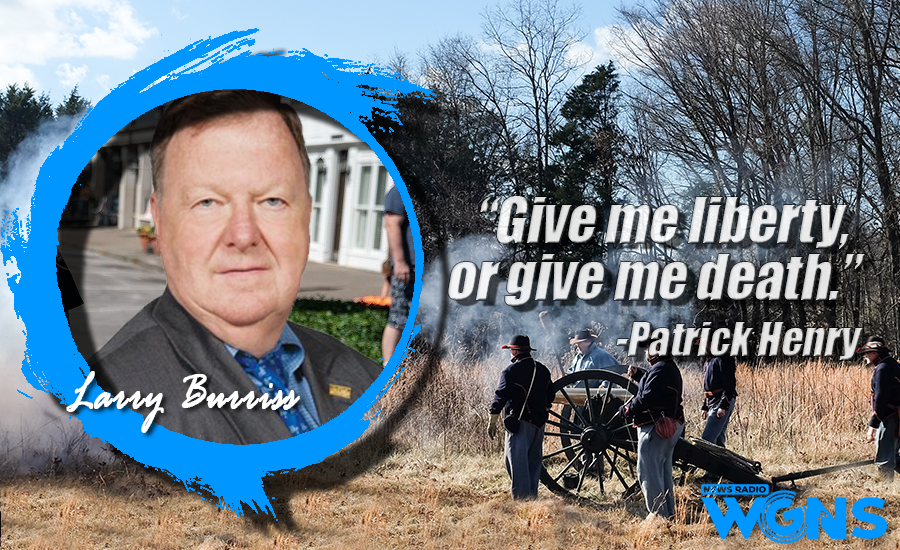 Real Americans in our history and making a statement. With more, here is MTSU Professor of Journalism Larry Burriss…

Verbatim of above audio: “We've heard a lot lately about the kind of speech it takes to be a "real" American, and it seems to me we can get ourselves into a lot of trouble if we start to ignore a few relevant incidents from our past when it comes to just what a "real" American does.

Some 257 years ago, on May 29, 1765, Patrick Henry arose in the Virginia Convention and made a speech protesting the stamp act. During the speech he said, "Caesar had his Brutus; Charles the First, his Cromwell; and George the Third may profit by their example." When the speaker of the convention cried "Treason," Henry went on to say, "If this be treason, make the most of it.

About 10 years later Paul Revere, as the British were marching into Lexington and Concord, told the patriots, "The British are coming to get our guns, we better shoot them before they shoot us.”

The point here is not that violence is a good thing, or that we should shoot people who disagree with us. In fact, it is just the opposite.

If there is speech we disagree with, the solution to such speech is not suppression, but more speech. If there are views or positions, we don't agree with, we don't need to bury our heads in the sand, we need more debate, not less.

In his speech more than two centuries ago, Henry was protesting the Stamp Act, which was an attempt by the British government to put certain newspapers out of business; newspapers that were opposed to royal control of the colonies.

Other patriots used public speech to say the same thing: the Declaration of Independence, for instance, very clearly says if the people don’t agree with what the government is doing, then they need to overthrow that government and institute a new one.

The whole point here is free speech, while it may make us uncomfortable, is how free people, Americans, let the government know what they are feeling, and they want some changes.

It might also at this time be helpful, as we prepare to observe Memorial Day, to remember another statement by Patrick Henry: "Give me liberty, or give me death.” - I'm Larry Burriss.”