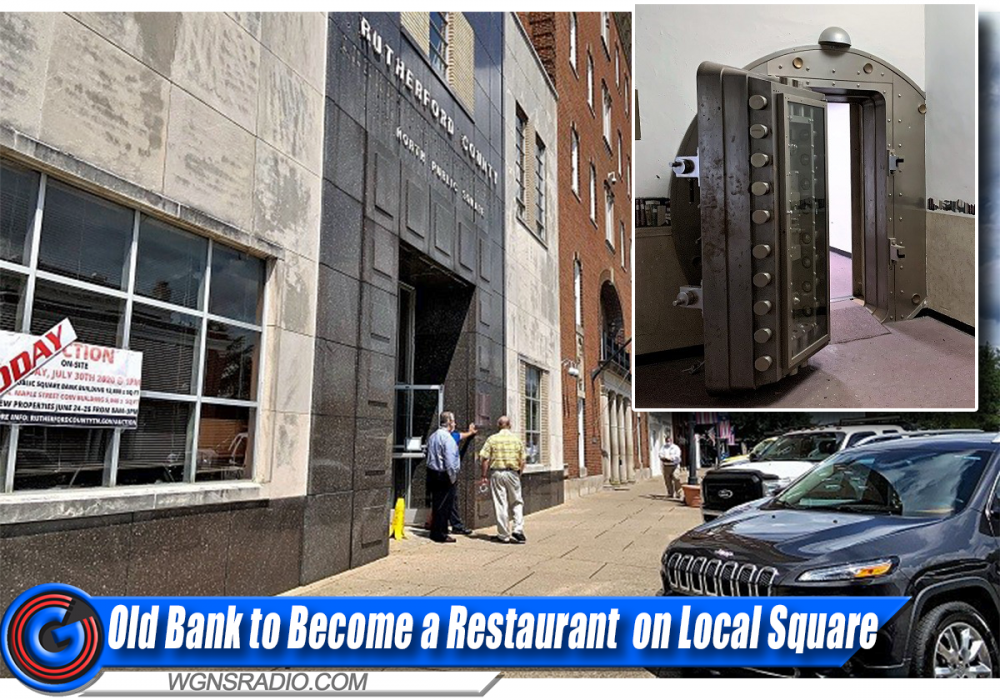 (MURFREESBORO) WGNS has an update on the old Mid South Bank building that was auctioned off in July of 2020. Two years ago, the building on the downtown square was owned by the county and last used as the Rutherford County District Attorneys office. After the new judicial center was opened, the county had no need for the structure and decided to sell it at a public auction.

The building was sold to Martin McGill and his wife for $810,000 in 2020. After two years of preparations and remodeling, Rutherford County Mayor Bill Ketron gave us an update on what the new owners are doing...One of the interesting highlights of the building is a giant bank vault that dates back to 1925. The vault will be one of the more unique sites for customers to see when they dine at the soon-to-open restaurant.

The old bank building is on local square and sits alongside Maple Street. The building was constructed in 1887 as a dry-goods clothing and furniture store. The rear of the complex faces West College Street and was later sectioned off and used as a battery and auto repair shop. After the auto repair business shut down, the bays in the back of the building were bricked-in and turned into a coin store. Then in 1924, it became a bank.