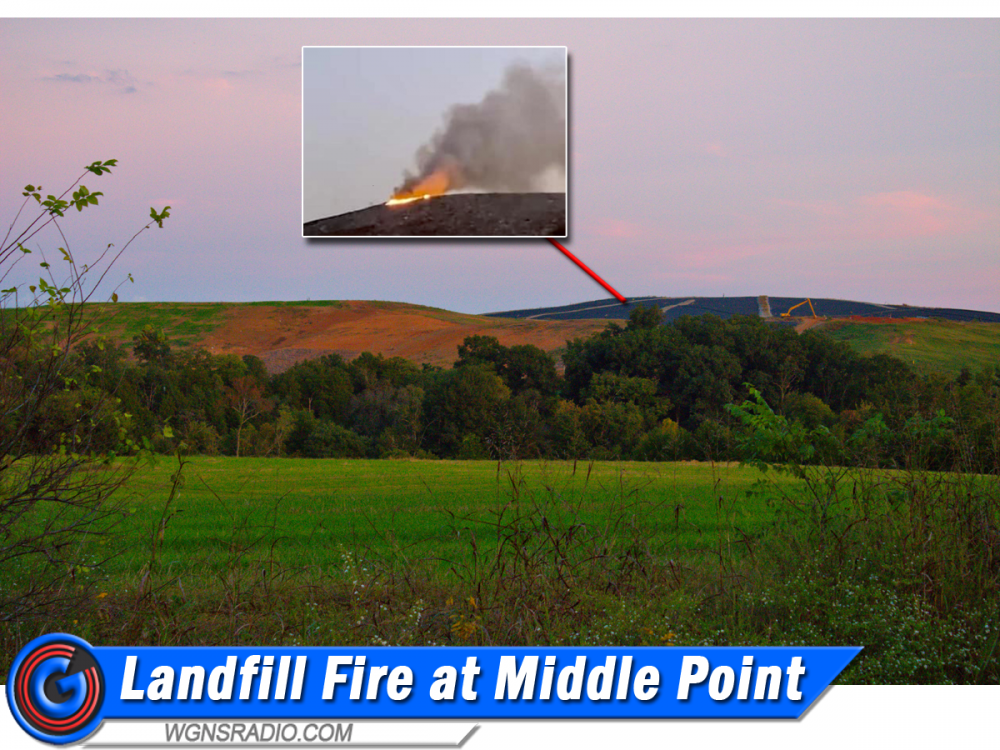 Photo of the landfill, with a cutaway of how the top looked on Sunday evening.

(WALTER HILL, TN)  Just before sunset on Sunday evening (6/19/2022), a fire erupted atop the Middle Point Landfill on Jefferson Pike. Flames could be seen in parts of Lascassas, Murfreesboro and higher elevations in Wilson, Cannon and DeKalb counties. UPDATES on the Middle Point Landfill will continue to be of focus by Rutheford County Mayor Bill Ketron and can be heard "live" on WGNS this Wednesday morning (8:10-9:00AM). Phone or text your questions to 615-893-1450.

Rutherford County Mayor Bill Ketron told WGNS, "I received a briefing from County Public Safety and Emergency Management Director Chris Clark who explained that Republic is hauling in dirt to smother the fire."

Clark surmised, "Since no dumping was allowed Sunday (6/19/2022), it was probably a discarded battery that exploded."

Ketron noted, "The fire's starting point would have been on the surface, and not deep down as speculated by some on social media."

In addition, as the fire spread on Sunday night -- the area's first responders starting receiving reports of nauseating smells from area residents. A check of past fire calls also showed that this was not the first time that the Middle Point Landfill has caught on fire.

Murfreesboro Mayor: Murfreesboro Mayor Shane McFarland commented, "We continue to be alarmed and concerned about the current operational deficiencies at Middle Point. The recent fire adds onto the growing list of operational failures at the landfill. We are committed and determined to find other alternatives to keep these issues from occurring."

NewsRadio WGNS continued to remain on-the-scene, and shortly after 10:00 o'clock Sunday night, the flames were no longer visible, but a couple of machines with headlights were clearly visible and still moving on the top of the landfill. Evidently, workers continued to spread dirt around to smother the fire and prevent it from rekindling. See below photo to see how headlights were visible from a great distance away. 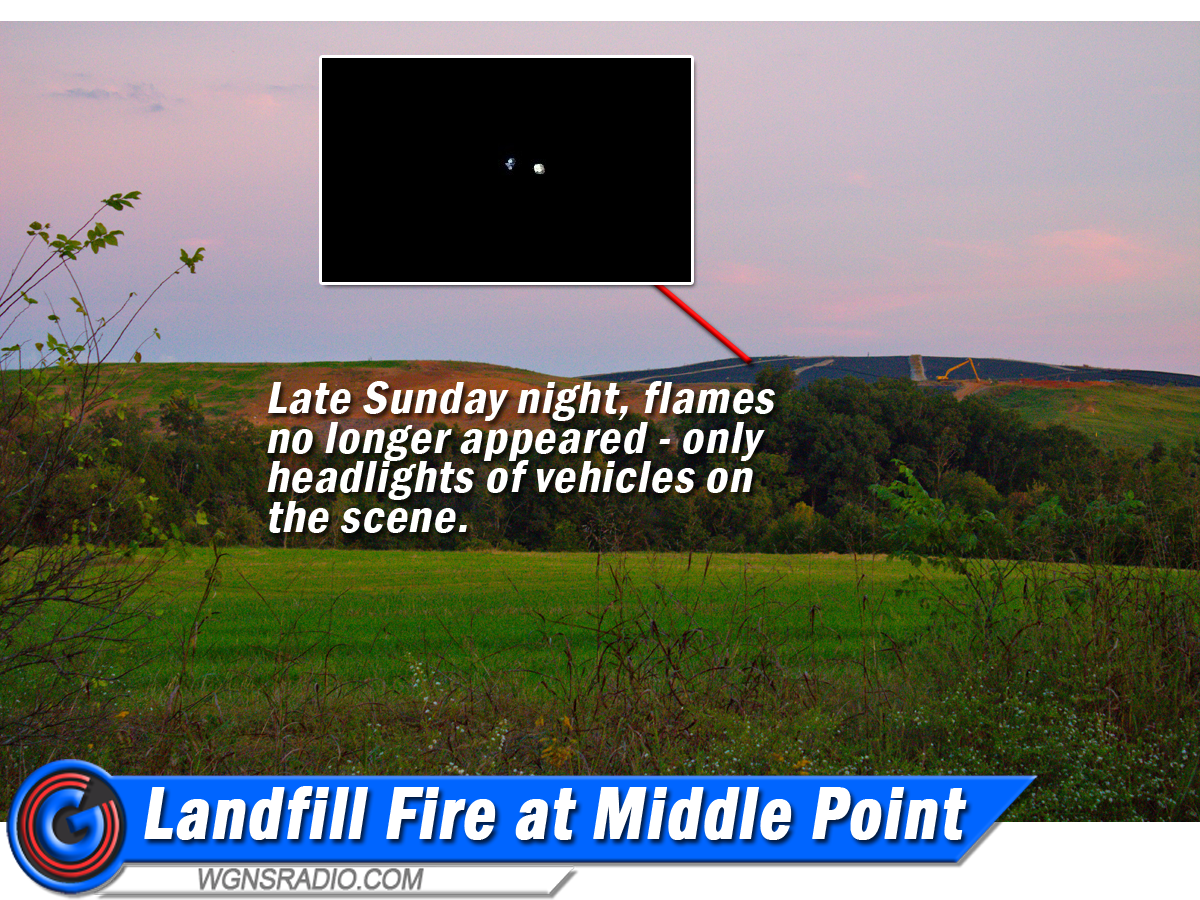