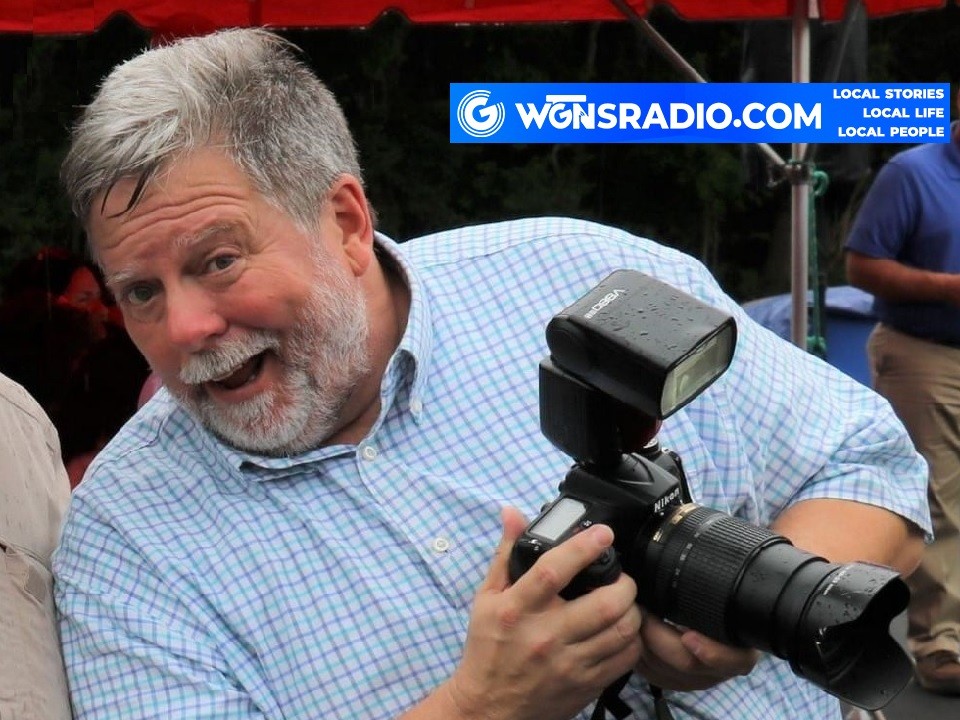 (MURFREESBORO)  Murfreesboro historian, photographer and promoter Frank Caperton passed away unexpectedly Wednesday (7/6/2022) morning at his home. He was 59. There will be a CELEBRATION OF LIFE on Monday afternoon (7/18/2022) at New Vision Baptist Church (1750 N. Thompson Ln). Visitation will be 2:00-4:00PM and the service at 4:00PM. The family encourages those attending to wear brightly colored clothing, unless it's black and gold. Woodfin Funeral Chapel is in charge of the arrangements.

Frank was 59-years old and active in the business community with a blend of computer and IT abilities, a professional eye for caputuring life with a camera and counseling politicians on ways to effectively communicate their messages. He was a true entrepreneur and his final business was known as FrankWorks. It was promoted as a "collection of skills".

In fact, a quote from Frank on the FrankWorks Facebook page: "I have been blessed with an incredible assortment of friends and skills. I’ve been known as ‘Frank the Computer Guy’ for most of my adult life, I shoot a decent photo, have been known to promote a political cause and simply LOVE our local history."

He was active with the Murfreesboro Rotary Club and past president of the Rutherford County Historical Society. He always had his camera with him and has taken nearly 27,000 photos in recent years from various events. He made those photos public. You can look through his many photo galleries here.

A GoFundMe has been set up to help the family carry out his final wishes.

Frank was born October 3, 1962 in Louisville, KY. CLICK HERE for his complete obituary from Woodfin Chapel.

"Frank was more than my friend, we were buddies. When one or the other needed picking up, we would get together for a glass of sweet tea and then let the laughter begin. Frank loved this county and its history, plus our two passions of photographing it was a perfect match over our many years of friendship.

He truly was the Computer Guy, but above all he could make history come alive with his camera, our county leaders and citizens--a story of what's happening around us today, plus allowing his infectious personality to become a part of each of us who knew him in every visit.

I'll miss my friend and my love goes out to his family that he adored more than anything."

God blessed me by making Frank Caperton a part of my life. When I think of Frank, I remember how Frank shared happiness and love with all those in his presence. Frank was a true giver. He gave of his time, his talents, his wisdom and most importantly his Godly values. I am saddened by Frank’s death and I will miss Frank, but I will rejoice when I remember with great fondness my memories of my friend, Frank Caperton. I pray for Frank’s family and ask that God bless and comfort them.

Frank was a true friend, personally and of the radio station. He was always willing to share photos, news tips and knowledge with our listeners. He was a computer whiz and has gotten us out of many jams with poise and quickness. He was always encouraging of the local programming we strive to provide the community. He willingly did segments highlighting history on our morning show. Frank was also always sharing his smile, stories and support to me and the staff. You couldn't ask for a better friend and Frank, a.k.a. Flashback Frank, will be sorely missed.

Whenever I saw Frank with his camera, I would turn and walk the opposite way. I have never been a big fan of getting my picture taken, so no matter how much I liked Frank, I was not a big fan of Frank's camera. Yet with every event, Frank would eventually track me down, and every time he took my picture, and it ended up in some publication, I would think to myself, "not bad." Through his lens, Frank saw the best in you, and he certainly saw the best in his community. Frank captured the soul of this place he called home through his camera.

"Murfreesboro had a great supporter in Frank.  Frank was always friendly with everyone and had a smile and laugh every time you meet him.

Frank was a great friend to have.  Frank was always willing to offer his help when asked.  He was always there for me when I needed a hand.  Frank really cared about Murfreesboro and the entire community.  He loved history, especially when concerning Murfreesboro and Rutherford County.  The Rutherford County Historical Society was his passion.  He always spoke about the role the Historical Society.

Frank was a great Rotarian.  He was the Club’s photographer, managed the website and Facebook page, and ran the laptop so members could access the meeting via Zoom.  He did all this.  It will take several members to replace all the work Frank did by himself.

Frank was always around town covering numerous events.  He knew everyone and they knew him.  If someone was a friend of Frank, I knew they were a good person.

He had a great time spending time with his grandkids.  He was very proud of his daughters and all they had accomplished."

Frank exuded joy and encouragement.  He was a great person to work alongside, always happy to serve and offer words of encouragement along the way.   He was a model Rotarian and will be sorely missed by our club and the community at large. While we here are all mourning Franks passing, I am certain that his Joy(in the presence of his heavenly Father) is now magnified to levels we cannot imagine.  It’s going to be great to see him once again in that place of rest.”

"Frank was the one of the kindest people I have ever known. He always had a smile or a joke ready for you and developed truly sincere friendships. He will be missed greatly by many people."

This is unbelievably sad news. He always, always, always was such a supporter and friend of our family. We’ll miss his stories, his quirky humor and his eye for seeing the brightest and best thru every lens!!! God bless his family and wrap them in comfort.

"Frank was my first friend when I moved to town nine years ago. He was an immediate friend at that. He cared so much for his family and friends and for Murfreesboro. To say he will be missed is an understatement."

"My memories of Frank will always be with the camera and taking photos for the Murfreesboro Post. The last two times I saw him were Friday Night Live on the Square and Saturday morning at the Ransom School House.  I remember him talking about VFW meetings and trying to get someone else on the board because he could not attend. Have been to Ransom School House a few times and it is a nice place. Frank will be missed, he always had a jolly disposition a nice smile and loved the community in everything he did."

"Frank Caperton was a Renaissance man with so many things he was interested involved in. I have only known him a short time and will greatly miss his spirit and love of life."

I was shocked and saddened to hear news of Frank’s sudden passing. He and I met nearly 30 years ago when he printed up some marketing and promo items for me. He had just started DataWorks and needed the business and I, a brand new insurance sales agent, needed some deeply discounted giveaways for an upcoming golf tournament. We both joined a brand new networking organization called the YPLA and would get together weekly for a meal, some fellowship, and lots of laughs. Many years later, Frank sponsored me for membership in the Noon Rotary Club. We’d get together occasionally for lunch - many times riding together in his little truck he had forever - to catch up and we’d always pick right up where we left off with the same stories and the same laughter. He absolutely loved his family, this community, his many many friends, and, of course, his camera. I’m still in shock as I type this. He was one of the good ones. He will be missed.

I worked for Frank back in the days of Dataworks computers. Kind doesn’t even describe him enough. A huge heart for every client he came in contact with back then. I still to this day was a friend and just spoke to him last week about a computer repair. What a huge loss for our community. The man who was always happy and always willing to help and go the extra mile.

I was a Board member with Frank and the late Mike Liles on Stones River National Battlefield’s Board (SRNB). Frank was a jovial and brilliant guy! I last talked with him as he took photos at our Memorial Day Ceremony at the battlefield. I joked with him about taking a photo of me in the ceremony. He will truly be missed!

Frank Caperton was a local computer pioneer with the founding of Dataworks in Murfreesboro over 3-decades ago. That later transformed into "Frank Works", "Frank The Computer Guy", along with consulting firm XM Political.

He was active in the community, having served as president of the Rutherford County Historical Society, vice president of Friends of Stones River Battlefield, and on the board of the Murfreesboro Rotary Club.

"...Some of you have reached out and asked how you can help his wife, Lora and their 3 daughters during this time. Know that your kindness is much appreciated as we navigate these heartbreaking moments. Please consider donating if you are able to do so as we hope to carry out all of Frank’s final wishes. We are so very grateful for every donation during this difficult time. The donations will be used for funeral and memorial expenses." 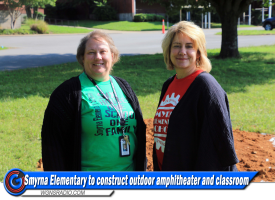 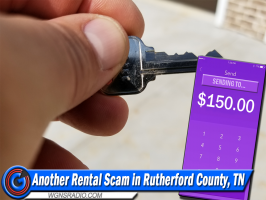