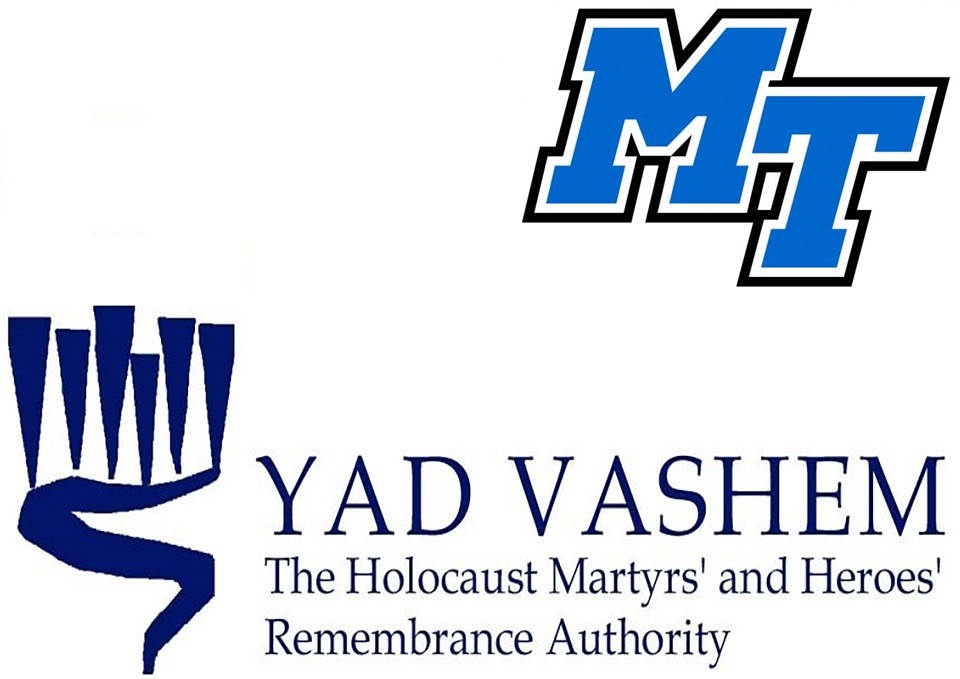 (MURFREESBORO)  Participants will discover effective and age-appropriate ways to help make sure society remembers and understands the Holocaust at MTSU event from 8:00 o'clock this Thursday morning (7/14/2022) until 3:00 in the afternon in the College of Education Building, 1756 MTSU Blvd. Admission is free, but registration is required at https://tinyurl.com/a6canfms.

“Language arts and social studies educators will leave with ideas and resources to implement in their classrooms,” Dillard said. “MTSU students and community residents will leave with an increased awareness and understanding of the importance of recognizing hatred and promoting tolerance.”

The Holocaust was the mass murder of some 6 million European Jews and other groups by the Nazi Germans before and during World War II.

Sara Granitza, director of the Christian Friends of Yad Vashem, will introduce attendees to the Jerusalem-based institute in her address. The World Holocaust Remembrance Center, as Yad Vashem is called, conducts research and education projects to teach people about the Holocaust and to honor people of all nations and faiths who risked their lives to rescue Jews during that time.

Two members of Yad Vashem’s staff will speak via videoconference. Noa Mkayton, director of the Overseas Education and Training Department, will share educational concepts. David Deutsch, head of the Asia, Africa and New Zealand section, will conduct a virtual tour of the institute’s history museum and digital resources as well as a Q&A session.

Jeff Gernsheimer, a second-generation Holocaust survivor from Philadelphia, Pennsylvania, will talk about his family’s history. Gernsheimer’s mother was part of the first Kindertransport, a pre-war effort to extricate children from Germany to England.

However, her parents and two sisters were on the S.S. St. Louis, a ship that was denied entry into Cuba, Canada and the United States. Her father, mother and youngest sister ultimately perished at Sobibor, an extermination camp established by the Nazis near what is today the eastern border of Poland.

Ken Gluck, education director of the Tennessee Holocaust Commission, is another second-generation survivor. Gluck will share his family’s story and talk about the commission’s work.

“The rise of anti-Semitic events in the U.S., as well as the recent Ukrainian-Russian conflict, makes this event an important contribution to student and community awareness of the importance of recognizing hatred and promoting tolerance,” Dillard said.

The Holocaust Studies Program, Public Service Committee and the colleges of Education, Liberal Arts and Behavioral and Health Sciences are lending their support to this event.