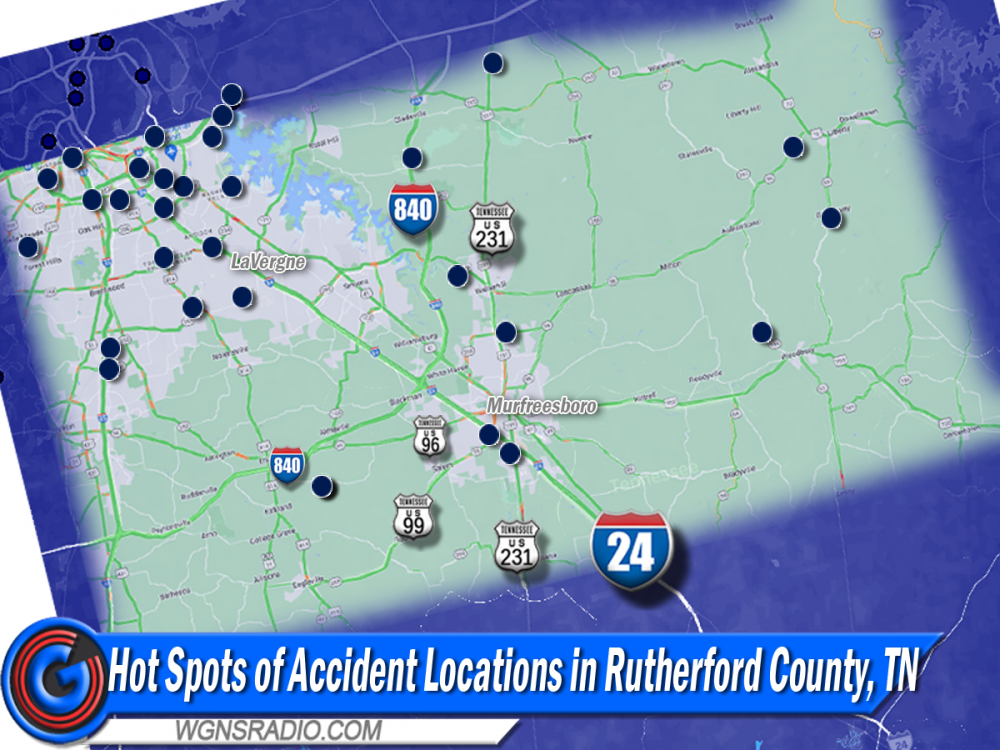 In looking at all wrecks throughout the U.S. that were caused by distracted driving since 2015, the total number of distracted driving crashes resulting in any injury have bounced between 265,000 to 295,000 crashes each year. In 2020 the number dropped significantly, down to 215,000.

RUTHERFORD COUNTY FATAL ACCIDENTS: Specifically in Rutherford County, there was only 1-fatal accident caused by distracted driving this year (2022). When going further back into crash reports for Rutherford County, WGNS found that between January 1, 2019 and March 31, 2022, there were 4-fatal accidents tied to distracted driving. In all 4-cases, only 1 involved a driver using a cellphone and the drivers in all 4-fatal crashes were above the age of 25.

Overall, this year there have been 22 accidents in Rutherford County that resulted in a death. 2-Accidents involved pedestrians, 2-were operating a motorcycle, 1-accident involved a large commercial truck, 6 were teenage drivers, 1 driver was over the age of 65 and 9 drivers were between the ages of 20 and 64. Of the 22-fatal accidents in Rutherford County, only 1 victim was a passenger.