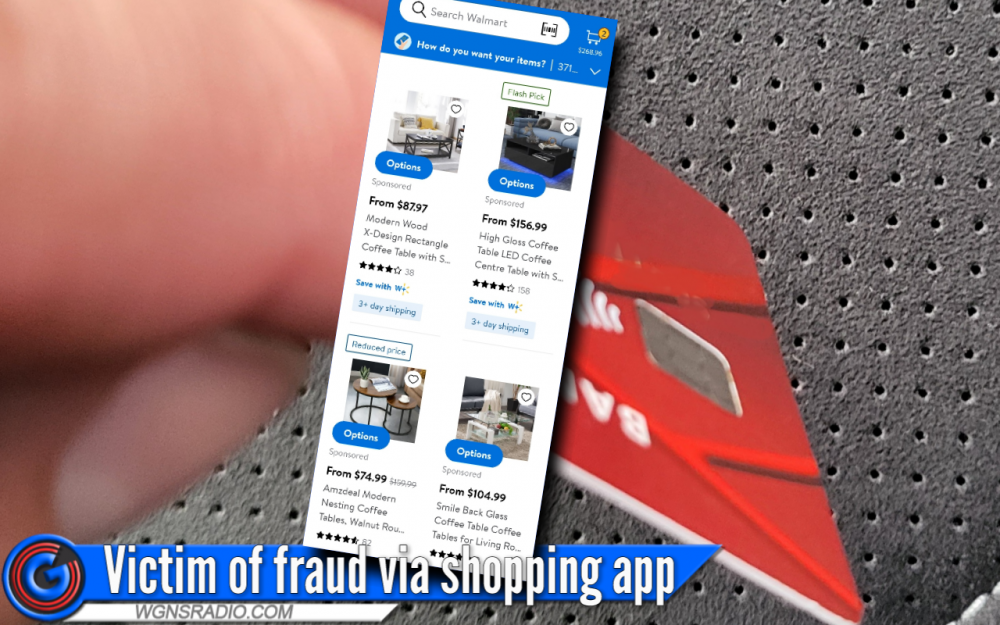 MURFREESBORO, Tenn - Make sure you check your bank or credit card statement often, or else you may fall victim to theft and fraud.

A 23-year-old Murfreesboro woman fell victim to credit card fraud when an unknown person utilized her card at Walmart. However, this was not as simple as someone stealing her card number and then using it.

According to MPD police reports, the victim realized that her account at Ascend Federal Credit Union had been used after receiving a text from Walmart. The text told her that a recent order is confirmed. That said, it appears as if the subject who used her card, also used her Walmart app to make the purchases.

When the victim logged on to her Walmart app, she could see that the unknown person behind the fraud had ordered 2 coffee tables. Walmart was not able to give her details as to who may have placed the order using her account, nor were they able to locate the IP address of the unknown culprit who purchased the coffee tables.

Despite few details being made available to the victim, she was able to verify that one coffee table was ordered through the Walmart app and the second using her email account. Regardless, the thief had to of figured out her log-in email address and password to order merchandise on July 12th.

Prior to the incident taking place, the woman told authorities she last used her check card at a gas station in Summertown, Tennessee. But, that doesn’t necessarily mean the subject who used her debit card stole her card number at the gas station. The culprit behind the fraudulent transactions may have logged onto her Walmart account and then used a card that was already on file to buy the tables.

After the transaction took place, the woman contacted her bank and her card was immediately frozen. Walmart later refunded the victim's money. At this point no arrest has been made and no suspects have been identified, as of Tuesday, July 19, 2022.