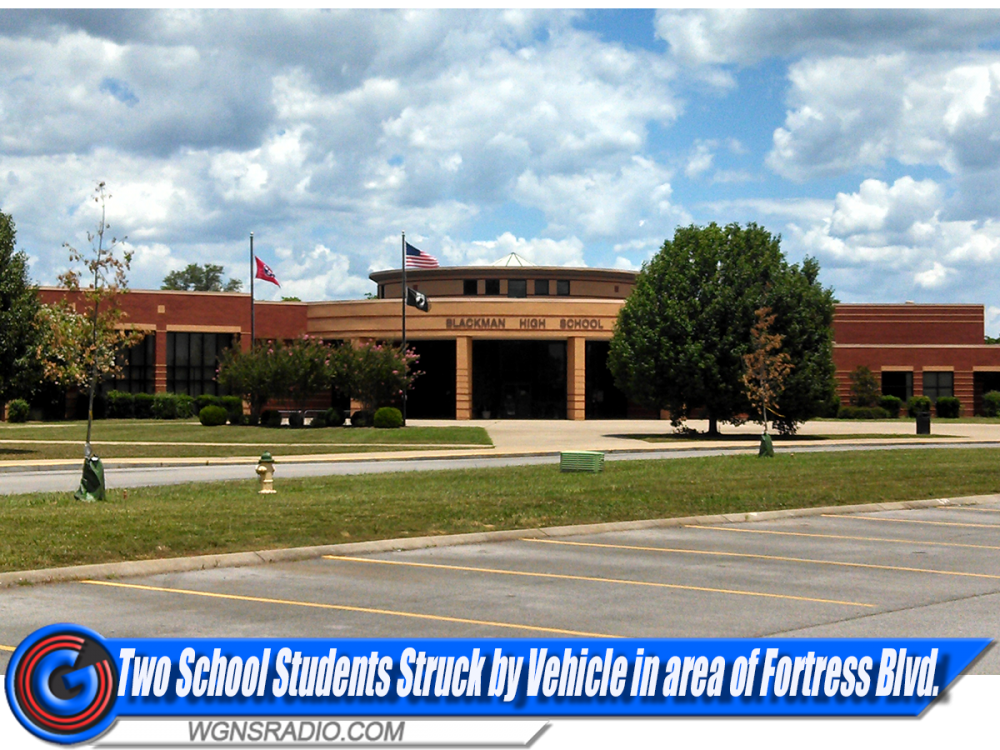 The area of Fortress Boulevard at Blaze Drive is home to three county operated schools. Those schools include Blackman Elementary, Blackman Middle and Blackman High Schools.

The Tennessee Highway Patrol told WGNS that both juveniles received injuries in the accident as they were walking across Fortress Boulevard at Blaze Drive. A vehicle making a left turn from Blaze struck the two students at the crosswalk. The THP confirmed the 42-year-old driver who hit the children is not facing any charges.

This is the second accident involving a vehicle striking a school student in Murfreesboro since the start of the new school year. On Friday, August 5, 2022, Murfreesboro Police confirmed a child was hit and killed by a motorist in the area of East Main Street near South Rutherford Boulevard.

Shortly after the child was struck this past Friday, the MPD told WGNS that Fatal Accident Crash Team investigators were searching for the driver of a gray Toyota Tacoma pickup truck. Police say the driver may be a vital witness in the pedestrian vs vehicle fatality that took place on August 5th around 10:25 a.m.