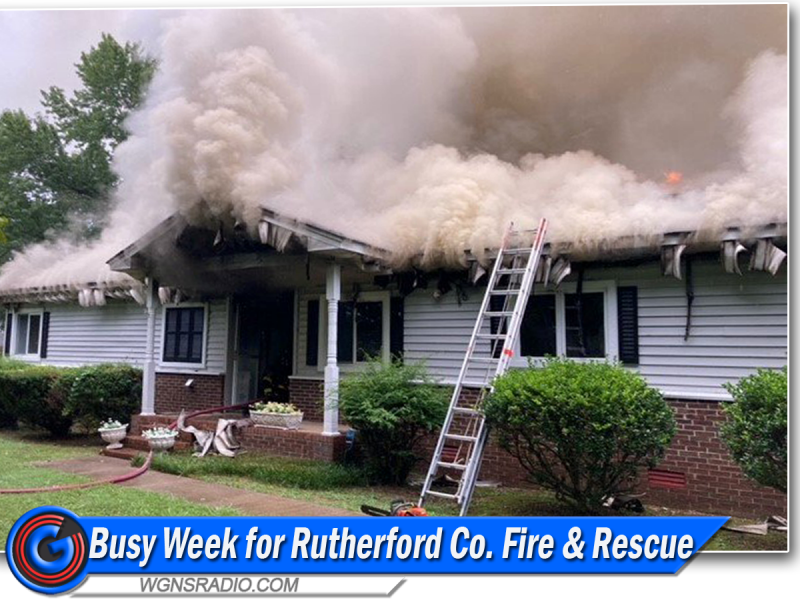 UPDATE: The Rutherford County Fire & Rescue Department was busy this past week responding to fire calls, at times, one-after-another.  Two calls were relatively close to one another, with one on Castlewood Court and a second on Franklin Road (Highway 96).

On Castlewood Court near Rucker Lane, a one-story home caught fire. There, fire crews found smoke and flames pouring out of the roof of an attached carport. The flames appeared to have spread through the attic of the home, with smoke billowing out of the front and side gutters.  Fire investigators say the fire appears to have been caused by a power cord that shorted out, causing extensive damage to the house.  Thankfully, no one was injured in the blaze.

Directly after the fire call on Castlewood, a call came in about a possible fire on Franklin Road. Once crews arrived on the scene, they quickly found that lightning had struck a tree. The lightning caused damage to the tree and left a small hole in the ground. There was no actual fire to the nearby home or tree. However, the lightning did cause some electrical issues for the homeowner.