Plenty of Blue in the Blue Raiders 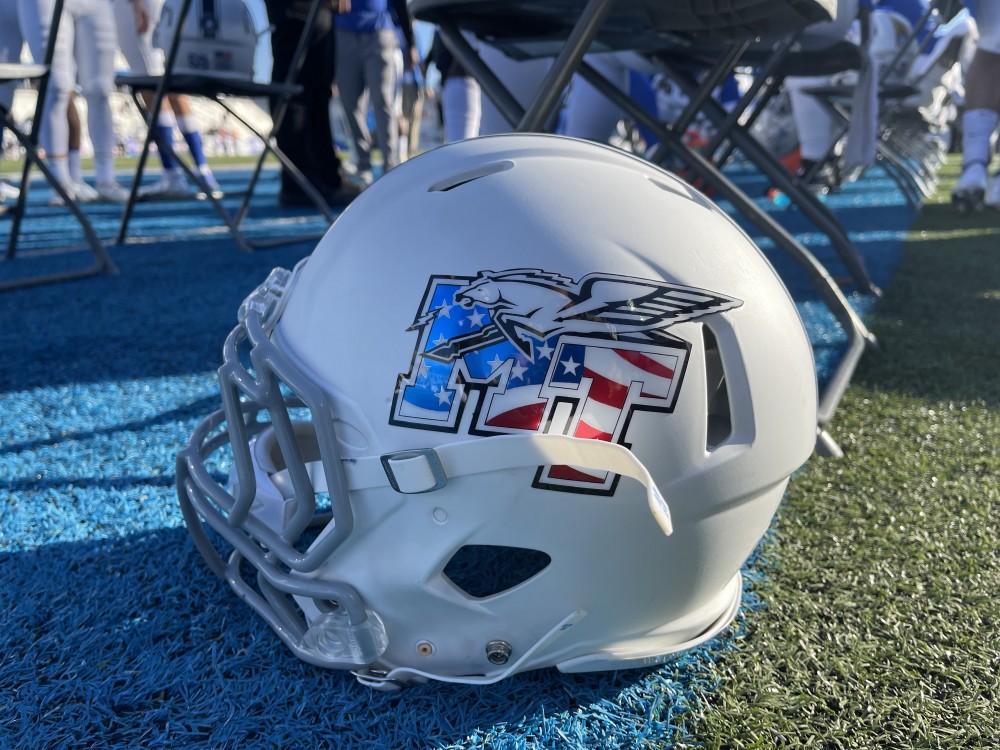 One of the old catch phrases for MTSU football has been “Love ya Blue”. That utterance seems to ring especially true as this football edition prepares to open the 2022 season.

Middle Tennessee State is riding the wave of a highly successful campaign last season as they look towards the season opener at James Madison on September 3. After starting slowly in 2021, the Blue Raiders used a blue collar approach and won five of their last seven games to come away with a 7-6 overall record. What made 2021 even better was an adversity filled season was capped with a 31-24 win over Toledo in the Bahamas Bowl.

“We have a lot of confidence coming in from our returning players and that has spread to the new faces”, says MTSU head coach Rick Stockstill. “Every team will face adversity during the season and we seemed to have a lot to deal with last season. We had four different guys start at quarterback but we found a way and that helped us develop some great leadership.”

One of those great leaders has been defensive lineman Jordan Ferguson. A redshirt senior that lost all of the 2019 campaign to a knee injury, Ferguson has been a poster boy for the blue-collar approach that has become the rallying cry for the Blue Raiders. After establishing career highs in tackles (58), sacks (9), tackles for loss (16.5), hurries (14), forced fumbles (3), and fumble recoveries (2) last year, Ferguson embraces his role as a leader by example.

“As a defensive lineman I understand I may not get a lot of publicity, but we all have a job to do and I just want to lead by example”, says the Georgia native. “The lineman set the tone for everything else and we understand working together is what makes us successful.”

Ferguson anchors a defensive line that returns all four starters. His leadership and playmaking abilities are critical as the Blue Raiders hope to build off last season’s successes.

“Jordan Ferguson is a lunch pail guy”, says Stockstill. “He comes to work every day and gives great effort. It doesn’t matter whether it’s the weight room, the practice field, or the classroom, this kid leads by example with no ego. He has battled through injury and adversity during his time here and has developed into a great leader on and off the field. I am really proud of him.”

The quarterback rotation was just one of the challenges the Blue Raiders faced last season. Two of those signal callers are back and battling for the starting quarterback spot. Chase Cunningham and Nick Vattiato will look to build off last year’s experience as they hope to earn the top honors. After Cunningham fell to injury earlier in the year, Vattiato picked up the reins and was named offensive MVP in the Bahamas Bowl.

The mercurial Jaylin Lane gives the Raiders a returning threat opponents have to account for. The speedy sophomore had 42 receptions a season ago and has been named to pre-season All-American teams as a punt and kickoff returner.

“I think we’ve got a tough, hard-nosed football team that welcomes the challenges ahead”, says Stockstill. “We’ll take things one week at a time and come to work every day with the goal of getting better.”

Three of the first four games are on the road for the Blue Raiders with the home opener slated for September 17 when Middle Tennessee welcomes Tennessee State to Murfreesboro. 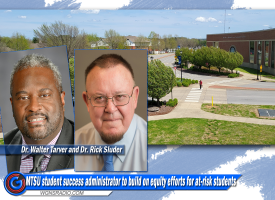