Average Gas and Diesel Prices in Rutherford County and Tennessee 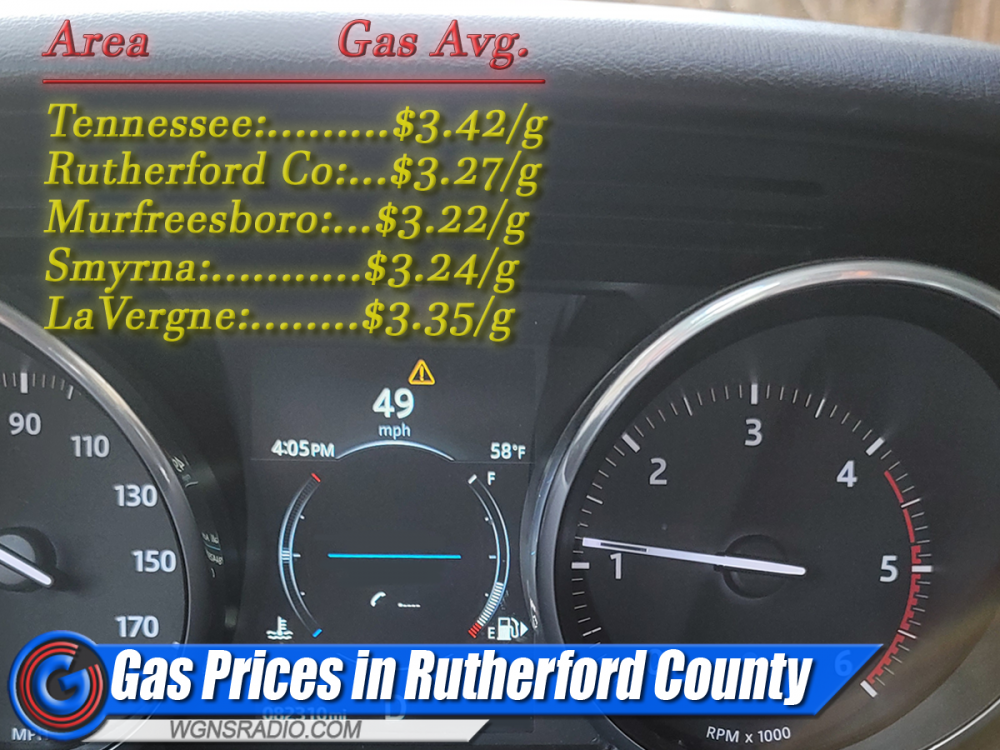 In Smyrna, the price at the pump is averaging $3.24 per gallon for regular unleaded fuel. That price is up by .14-cents when compared to Smyrna gas prices this past week - - that according to the numbers at the gas stations WGNS looked at on Monday morning (8/29/22).

You can expect to pay a little more at the pump in LaVergne, where the average price per gallon for regular unleaded fuel is at $3.35 per gallon.  LaVergne’s average price is .18-cents higher than this past Monday.

If you use diesel, the average per gallon price in Rutherford County is at $4.58. That’s .18-cents higher than diesel prices this past Monday. Murfreesboro has the cheapest diesel, averaging $4.36 per gallon. Smyrna comes in second lowest at $4.68 per gallon. In LaVergne, the average price of diesel is ringing in at $4.71 per gallon.

Other areas and their current gas prices: