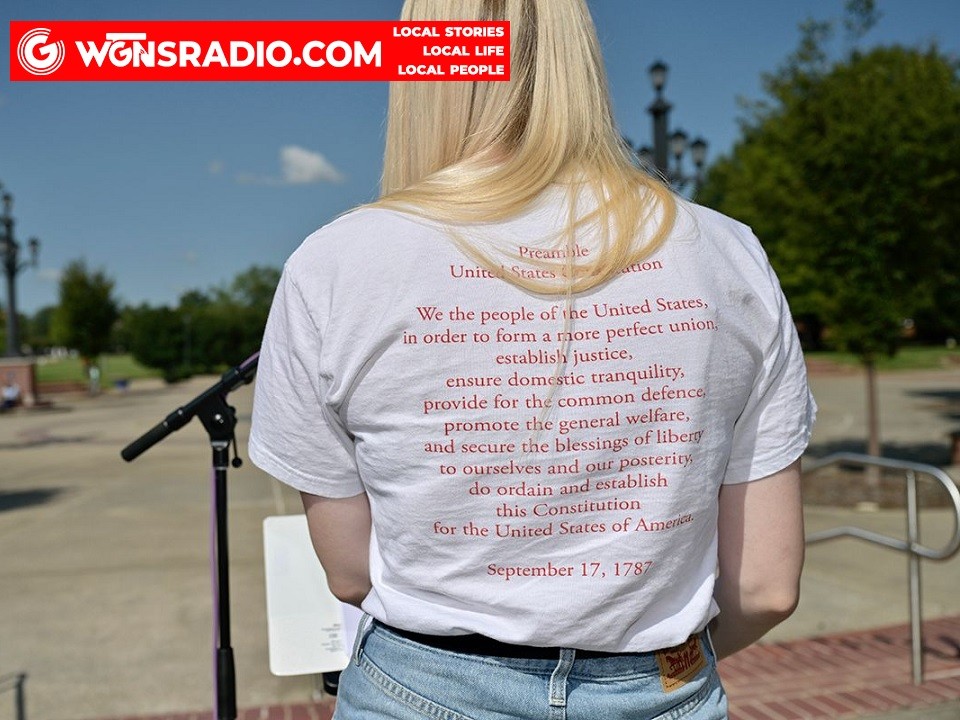 (MURFREESBORO)  Organizing people, even a few, to accomplish an important goal may seem overwhelming.

But the co-director of the historic Highlander Research and Education Center in East Tennessee, which has helped civil rights, workers’ rights and other groups nationwide gain social justice for nearly a century, says finding basic common ground is key.

“I try to think about it as having the best kind of front-porch conversation, where you're able to settle in and drop your guard and have some real conversations and get some real issues unpacked ... where you don't have to rely solely on political parties to get things done,” the Rev. Allyn Maxfield-Steele, co-executive director of the Highlander Center in New Market, told a crowd of students, faculty and community members in MTSU’s Tucker Theatre Sept. 19.

Maxfield-Steele’s “Grassroots Organizing and Movement Building Are in Tennessee’s DNA: Highlander Comes to MTSU” event was part of the university’s annual Constitution Week observance, organized by the MTSU chapter of the American Democracy Project and sponsored by a wealth of other university departments and groups.

MTSU also held three days of public readings of the Constitution across campus to mark the 235th anniversary of the signing of the document in Philadelphia’s Independence Hall.

The workshop also was included in the University Honors College’s Honors Lecture Series, focusing this fall on youth activism.

The Highlander Center opened in 1932 near Monteagle, Tennessee, as the Highlander Folk School, a social justice leadership training school and cultural center that played a critical role in the Appalachian labor movement and the American civil rights movement.

“You have to start with what is to get to what ought to be,” he said, referring not only to recognizing a problem and finding solutions for it but also to the different skills of the people working toward change.

Telling a group of citizens to pass out flyers or memorize a mission statement to share, for example, can fall flat when some of those citizens — or their audience – can’t read.

Instead, Maxfield-Steele said, social justice organizers should learn about, and use, people’s lived experiences to discover the best ways they can serve.

“It's important to put voting and other factors of civic participation beside each other as a strategy,” the ordained minister in the Christian Church (Disciples of Christ) and former chair of the Highlander Center’s board of directors explained.

“Some people will be catalyzed by a particular thing who won't be catalyzed by another. It's about meeting (and organizing) people where they're at, so if someone's really good at something, start there with them. If you're going to build a community, get the people who love to cook together with the people who love to eat. You get them talking to each other about how to change something.”

Maxfield-Steele, who lives in the Asheville, North Carolina, area, has worked with Thai people’s solidarity movements and as an educator and organizer in South Carolina, Nashville and throughout the South. He joined the Highlander Center as co-executive director in 2016.

For more information about the Highlander Center and its work, visit https://highlandercenter.org.

For more information about the American Democracy Project at MTSU, email amerdem@mtsu.edu or visit https://mtsu.edu/amerdem.