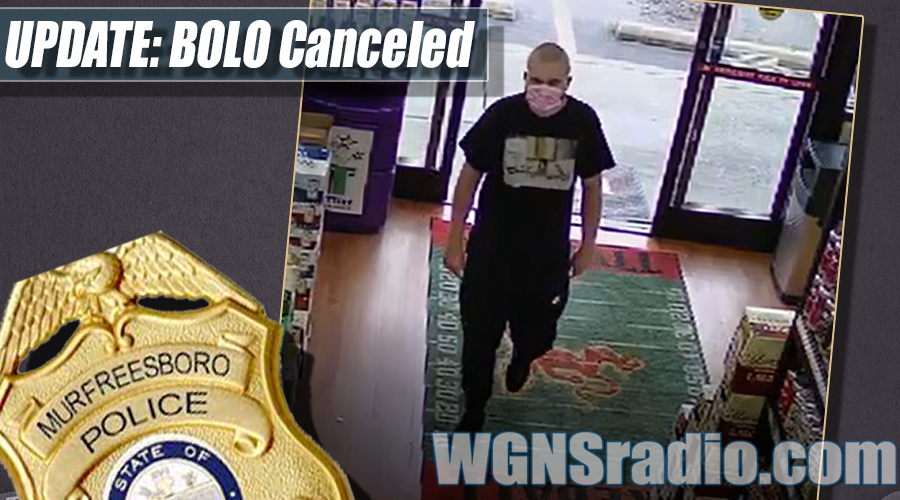 UPDATE (MURFREESBORO, TN) Murfreesboro Police have canceled a ‘Be On the Lookout’ for a man who was previously named as a “Person of Interest” in a shoplifting case. According to MPD Public Information Officer Larry Flowers, the suspect was accused of stealing liquor from a local store and detectives have since taken out warrants for his arrest.

Looking back to what led authorities to post a BOLO for the subject, the man was accused of entering Old Fort Liquor and Wine in Murfreesboro and stealing several bottles of alcohol. The incident occurred on September 18th at the local liquor store that is located at 144 Cason Ln. The liquor was valued at approximately $225.

Police told WGNS News the individual left the store without paying for the beverages and allegedly ran into an adjacent parking lot. Once in the nearby parking lot, he was seen getting into a 2012 to 2014 Nissan Maxima that was white in color. The MPD released photos of the subject to media, which helped develop details on the name and location of the suspect.