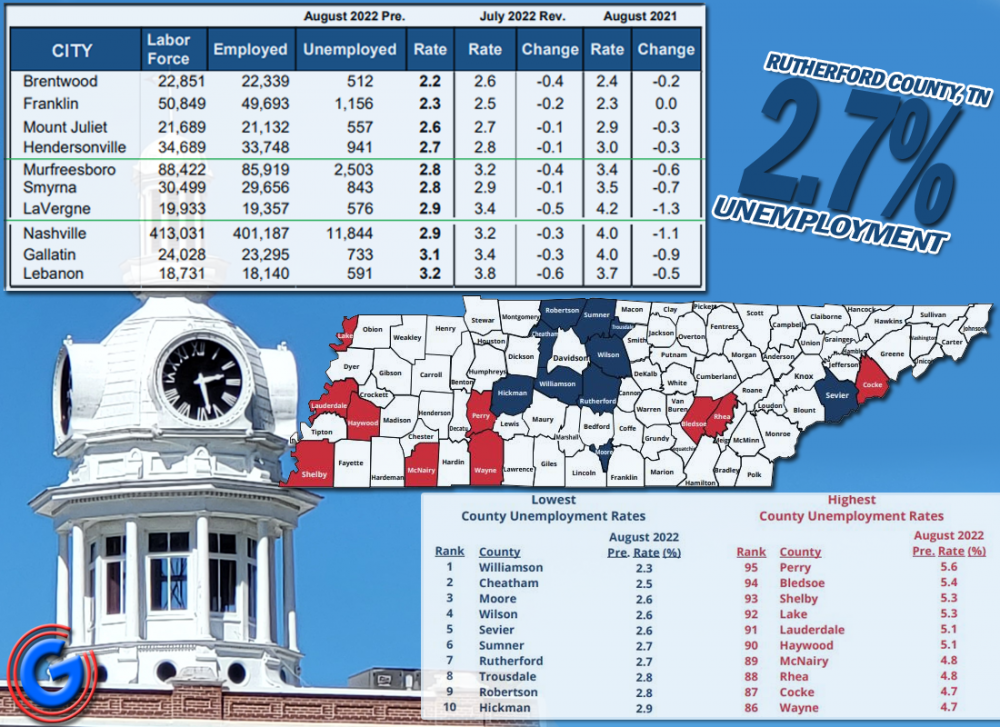 RUTHERFORD COUNTY, TN – Every county in Tennessee experienced lower unemployment rates in August, according to data released by the Department of Labor and Workforce Development. For the month, 89 counties recorded rates below 5%, while the remaining six counties came in with rates higher than 5%, but less than 10%.

MORE ON UNEMPLOYMENT - Statewide, seasonally adjusted unemployment did inch up in August. It was the first increase after three consecutive months of a steady rate. It went from 3.3% to 3.4% between July and August.

Nationally, seasonally adjusted unemployment increased slightly between July and August, up 0.2 of a percentage point to 3.7%.

County unemployment rates are not seasonally adjusted to account for different impacts on the workforce.

Job seekers can find all the resources and the services they need to start their search, all in one place. TNWorkReady.com is the site to find a new job, develop new skills, or find classes where adult learners can earn a high school equivalency diploma.

The state of Tennessee will release the statewide unemployment data for September 2022 on Thursday, October 20, 2022