Senior Judge who Served as a Rutherford Co. Circuit Court Judge for 24-Years is One of 5 on the New Rutherford County Board of Juvenile Detention Center Commission 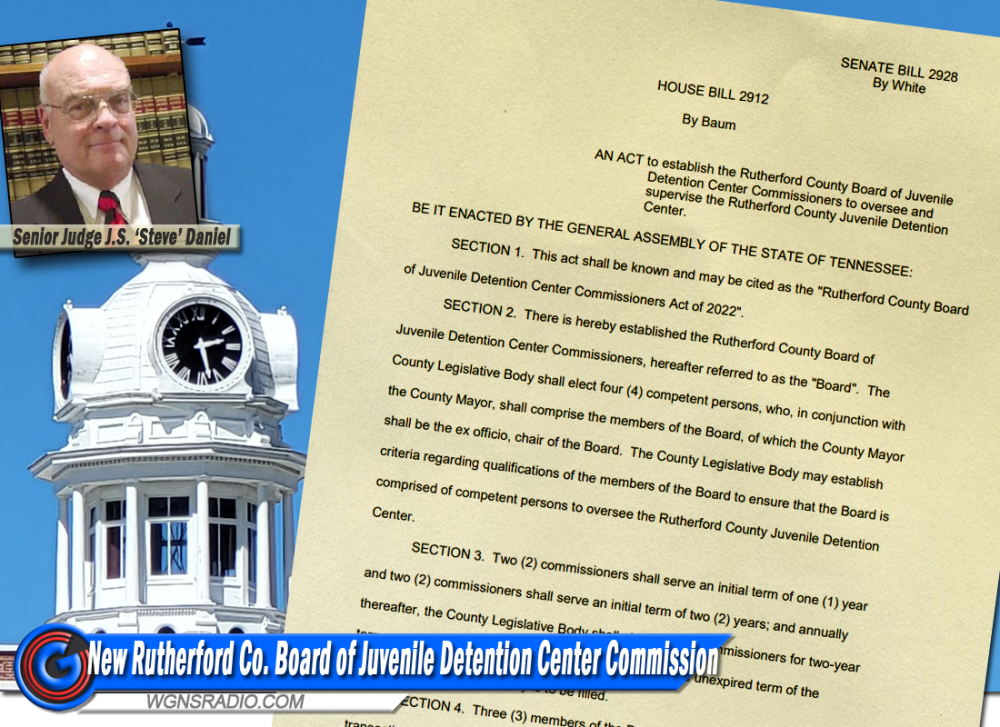 Have you ever wondered what it would be like to be a criminal court judge? If you think you have the stomach for such a task, there are a few things one should think about before taking that first step of going to law school.

Senior Judge J.S. ‘Steve’ Daniel served as a Circuit Court Judge in Rutherford County for 24-years, beginning in 1980 and ending in 2004. He also spent 27-years as a member of the state judiciary. For 3-years, he was one of 5-senior judges, later becoming the chief disciplinary counsel for the Court of the Judiciary.

When you are serving as a judge, there are moments that will bring you down and moments that will weigh on your heart for years to come. Judge Daniel said a rewarding outcome sometimes came years after the close of a criminal court case… Senior Judge Daniel said only a handful of those who go before the criminal courts will stay in prison for the remainder of their life and positive outcomes sometimes begin in the courtroom…

More on Senior Judge Daniel -  Retired Rutherford County Assistant District Attorney J. Paul Newman asked Retired Circuit Court Judge Steve Daniel… Judge Daniel graduated from North Little Rock High School and went on to receive a scholarship to play football for LSU in 1964, where he played in both the Cotton Bowl and the Sugar Bowl, which was his final game in 1968. He majored in business and business finance, thinking that he wanted to go into the field of insurance. Daniel, who enlisted in the U.S. Army as a Private, later becoming a commissioned  officer. You can hear the fascinating interview HERE, with WGNS RoundTable Host J. Paul Newman. Newman is retired from the Rutherford County District Attorney’s Office, where he served as an Assistant District Attorney General.