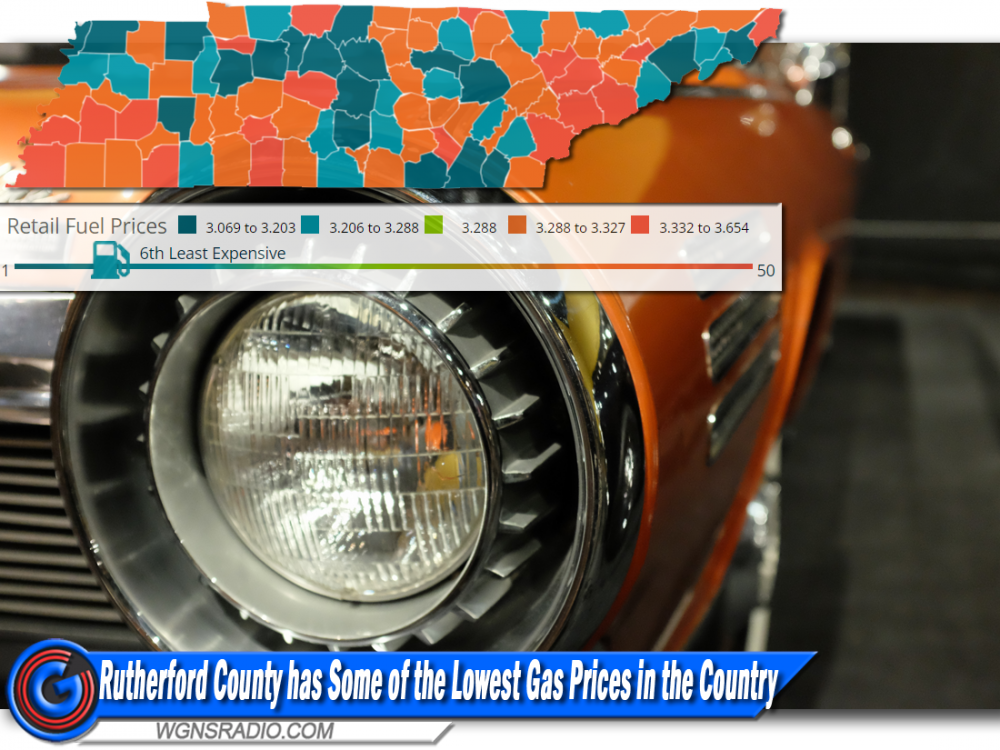 (RUTHERFORD COUNTY, Tenn.) Tennessee is currently the 6th least expensive state for motorist to refuel in, averaging $3.28 per gallon for regular unleaded gas on Monday morning (10/24/22). The price of gas this week is down about 7-cents per gallon, when compared to last week.

"Average gas prices have declined for the second straight week with significant declines in the West and Great Lakes having an oversized effect on the drop in the national average," said Patrick De Haan, head of petroleum analysis at GasBuddy. "With oil prices struggling a bit after reaching $93 after OPEC+'s decision to cut production, many regions could see falling gas prices again this week as demand continues to decline seasonally, especially if more data points to a significant economic slowdown. While gasoline prices have seen a large drop, diesel prices have been somewhat mixed, with prices heading higher in the Northeast as inventories drop to extremely tight levels ahead of the heating oil season. Motorists are reminded that the decline in gasoline prices is seasonal and should continue into the fall, and is unrelated to the coming election. Seasonality is king in driving prices, not the desires or hopes of politicians."