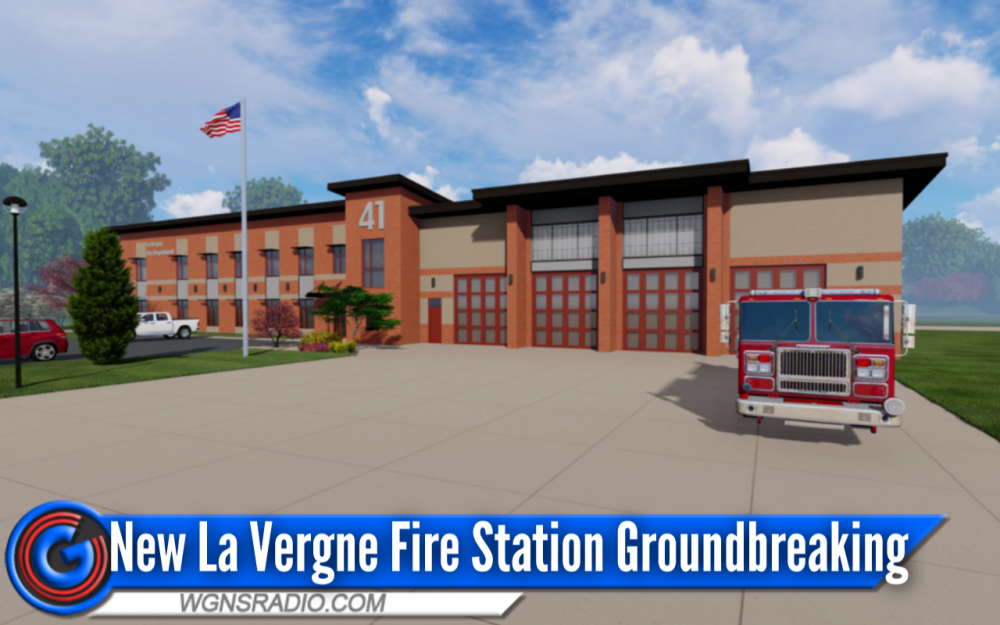 (La Vergne, Tenn.) The City of La Vergne is excited to announce it is ready to break ground on its new Fire Station 41. The groundbreaking is scheduled for November 4 at 9:00 a.m. at the old fire administrative office site, 283 Old Nashville Highway. The new fire station will replace the current Station 41, currently located at 169 Stones River Road.

The project is expected to take around 18 months to complete. The facility was designed by architect John Trail with Johnson + Bailey Architects. The project bid was awarded to Romach General Contractors for $11.5 million at the October Board of Mayor and Aldermen meeting. Construction of the fire station is being funded by general obligation bonds that were issued last year.

The new location will be about 28,000 sq. ft., provide better training facilities, new administrative offices, a 120 person classroom that can also serve as an emergency operations center, and enough room to house up to 13 firefighters per shift. There will also be four pull-through bays for seven emergency response vehicles.

“Our current station 41 has served this city well for many years but we have long since outgrown the facility,” says Fire Chief Ronny Beasley. “The new space will provide our firefighters a facility to grow and continue their training to provide the best service possible when called.”

“Continuing to build on our already outstanding emergency services has been a priority for our elected board and our city leaders,” says Mayor Jason Cole. “This is just another step along our path to empower the best emergency responders who protect our city.”

“This is a great achievement for our city and one that is a long time coming,” says City Administrator Bruce Richardson. “We are excited to finally kick-off construction and are eager to officially open the doors to our new facility.”