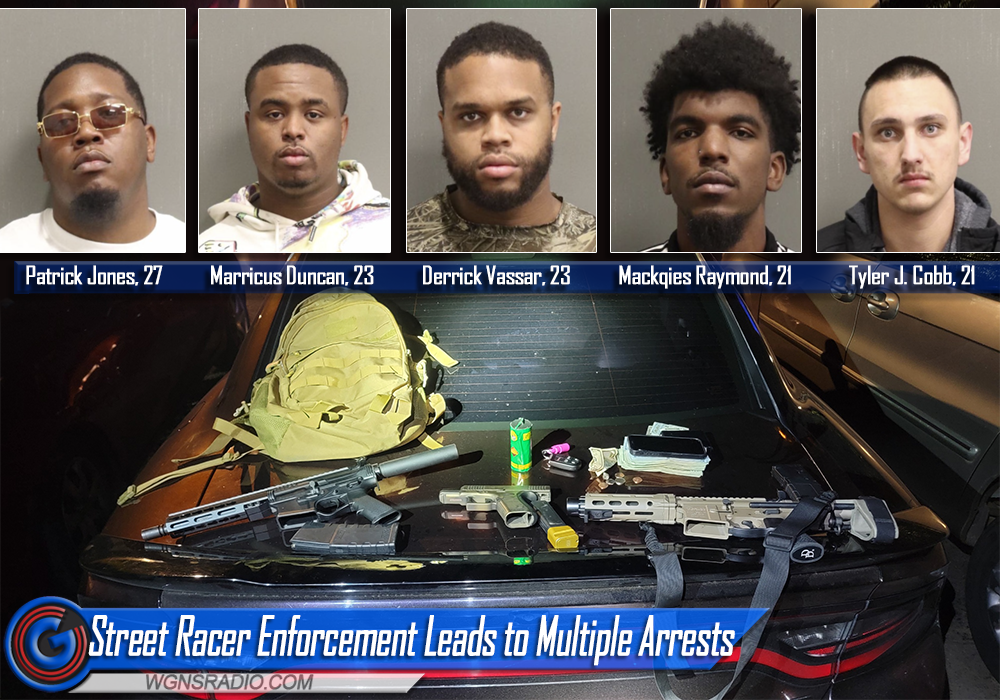 21-Year-old Tyler Cobb of Murfreesboro was named in Nashville arrest warrants, charging him with felony evading arrest by motor vehicle, aggravated reckless driving and driving on a suspended license. Metro Police say that Cobb was seen doing donuts while driving a U-Haul pickup truck in a parking lot on Corporate Drive in Davidson County.

A Metro Police lieutenant reported that he initiated a traffic stop on Cobb with his patrol car lights and siren activated, but Cobb fled in a manner that placed himself, those in the truck with him and other motorists in significant danger. A THP helicopter then followed Cobb through Nashville until he was ultimately stopped by a state trooper in Murfreesboro. At the time of Friday night's stop, Cobb was free on a $50,000 bond that stemmed from his arrest in February on two counts of felony aggravated assault.

In February, Cobb was alleged to have pointed a gun at two persons who criticized a car meet that Cobb was attending. Cobb was arrested and charged by the THP for offenses in Rutherford County. Cobb was booked into the Rutherford County Adult Detention Center early Saturday morning and released on bond a short time later. In Murfreesboro, he was charged with reckless driving, driving on a suspended license and simple drug possession. Reports from the Nashville police department indicate he will be booked on charges filed by Metro Police in the near future.

21-Year-old Jermont Robinson of LaVergne was issued a state misdemeanor citation, charging him with aggravated reckless driving after he was seen driving a blue Mustang and allegedly doing donuts in the parking lot of Woodmont Hills Church on Franklin Pike in Nashville. The location was said to be a "meet up" spot for car enthusiast and there were numerous individuals and vehicles in the parking lot at the time.

Also charged during the Friday and Saturday operation that targeted “street racer’s,” was 27-year-old Patrick Jones of Memphis, who is charged with felony evading arrest by motor vehicle. A THP trooper reportedly spotted Jones traveling at 81 mph in a Dodge Charger on Franklin Pike. He ignored the trooper's emergency equipment and sped away, according to police. One of two helicopters in the operation followed Jones to an apartment complex on Tampa Drive where he was arrested. Jones was booked under a $5,000 bond.

Marricus Duncan of Humboldt, Jones' passenger, was charged with unlawful gun possession. The charge came as the 23-year-old was the subject of an order of protection issued in Rutherford County. An AR-style rifle was found in the rear passenger seat of the Charger he was in. An AR-style pistol and a Glock semi-automatic pistol were found in the grass next to where Duncan and Jones were arrested in the apartment complex. Duncan was booked under a $2,000 bond.

23-year-old Derrick Vassar of Gallatin was charged with felony evading arrest by motor vehicle, aggravated reckless driving, evading arrest on foot, resisting arrest, and displaying the wrong license plate on his Corvette. Officers on the ground and in the air report they were in the area of Old Hickory Boulevard and Firestone Parkway when they saw a large number of persons in a gas station parking lot where Vassar allegedly did donuts with the Corvette. Officers attempted to stop Vassar as he pulled out. Police say he refused to stop and accelerated. The Corvette was followed by helicopter to 210 Crossings Place, where Vassar bailed out and tried to run, according to police. Within a matter of seconds, the suspect was taken into custody and booked under a $10,500 bond. As for the license plate on the Corvette, it was registered to a Ford.

Mackqies Raymond, 21, of Nashville, was charged with felony evading arrest by motor vehicle and aggravated reckless driving. Raymond, driving an orange Dodge Charger, was spotted at several "meet up" spots where vehicles were doing burnouts and donuts. He repeatedly fled from officers. Metro Police report that Raymond was even spotted by authorities doing donuts on Murfreesboro Pike under the airport runway bridge. The Charger he was in was tracked to Omohundro Place where Raymond was ultimately arrested and booked under a $10,000 bond.

A number of citations were also written during the operation for violations that included speeding, excessive noise, careless driving, running red lights, failure to use a turn signal, and not having proof of insurance.