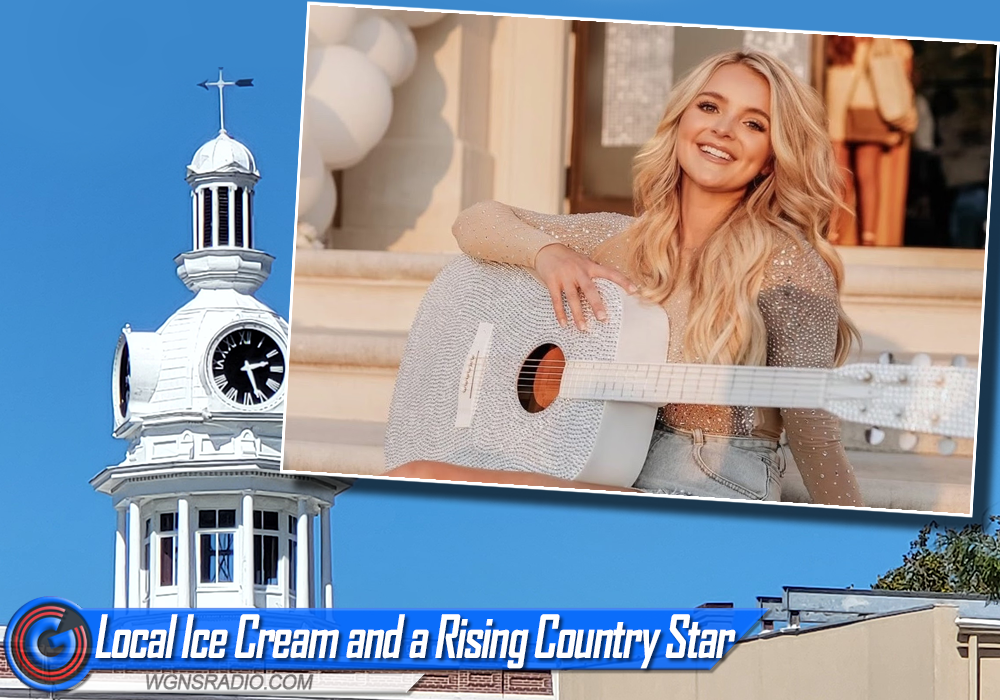 Rising country star Charly Reynolds has partnered with Hattie Jane’s Creamery for an exclusive signature cone available now at all their locations and shipping nationwide. The starlet loves ice cream and jumped at the chance to partner with Hattie Jane’s, a small-batch creamery and scoop shop born and raised in Tennessee.

Reynolds’ signature cone is one scoop Cookie Jar Supreme plus one scoop Minty Chip topped with rainbow sprinkles in a gluten free cone. “The ice cream at Hattie Jane’s is some of the best I’ve ever tasted,” explains Reynolds. “It was so fun to create this signature with them! Can’t go wrong with this combination! In Murfreesboro, Hattie Jane’s is across the street from the historic Rutherford County Courthouse, next door to Puckett’s Grocery (116 N Church St, Murfreesboro, TN 37130). Check out the video of Reynolds creating her signature cone here.

About Charly Reynolds - Charly Reynolds, a charismatic 23-year-old singer-songwriter born and raised in the sunshine state of Florida, is making her place in country music with her huge sync placement and explosive social growth. Her version of “Neon Moon” was featured in the Season 5 finale of FOX’s provocative medical drama THE RESIDENT. On the heels of the placement, Reynolds released her summer single “Rodeo,” on 6/3 amongst explosive social media growth. CMT.com premiered the light-hearted music video filmed at Country Rebel Ranch out of Nashville. In conjunction with the single, Reynolds launched a highly successful social series called "This IS My First Rodeo," where she takes fans along on a number of firsts working Nashville SC, Ole Smoky Moonshine, Colts Chocolates and others. Her new single “Tonight In Texas,” was released on 9/9 to early support from Spotify and YouTube. Reynolds also recently signed an exclusive worldwide booking deal with Wasserman Music.  She is currently working on an EP slated for release in early 2023. For more information about Reynolds and her flourishing career, follow her on socials at Charly Reynolds music.

About Hattie Jane’s Creamery - Born and raised in Tennessee, Hattie Jane’s Creamery is a women-founded, women-led creamery and scoop shop serving small-batch craft ice cream, parfaits and baked goods since 2016. Each scoop begins with a proprietary ice cream base made using milk supplied by a local dairy farm, and the creative menu of seasonally rotating flavors—along with several permanent fixtures, including dairy-free and plant-based options—takes shape as made-from-scratch ingredients and other goodies from local purveyors are incorporated onsite for the highest quality. With locations in Columbia, Franklin, Murfreesboro and Nashville, as well as nationwide shipping, Hattie Jane’s is the South’s premier craft ice cream brand. For more information, visit www.hattiejanescreamery.com, or follow along on Instagram and Facebook for the latest scoop.