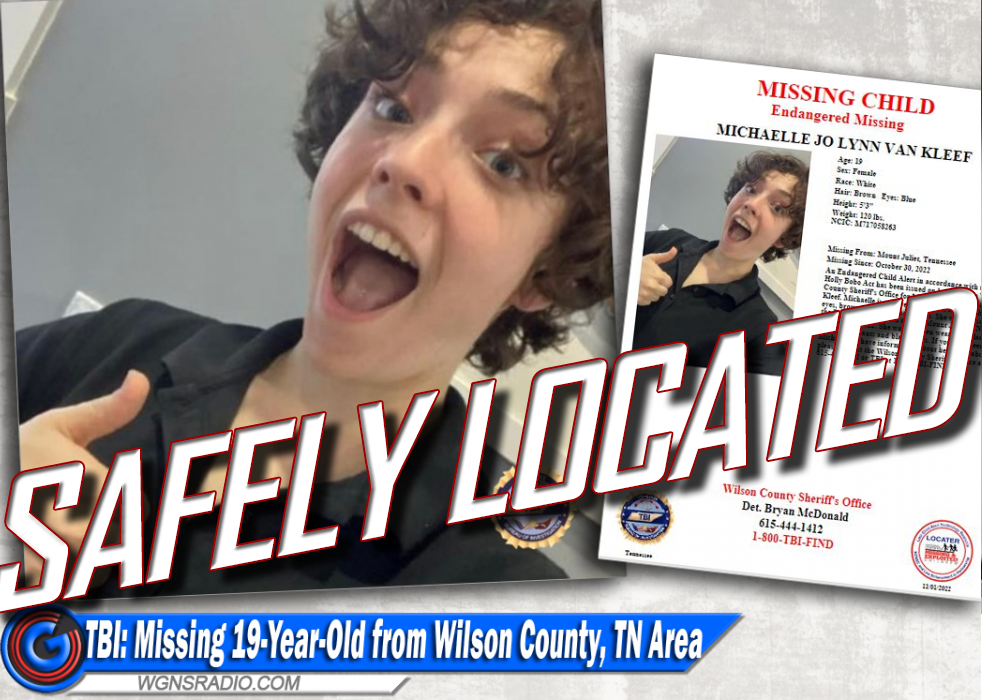 (MIDDLE TENNESSEE) A 19-year-old woman who was reported under an “Endangered Child Alert” as missing has been located, according to the Tennessee Bureau of Investigation on Friday. The original alert was initiated by the Wilson County Sheriff’s Office in orchestration with the TBI.

5-Days after Michaelle Van Kleef was last seen by friends or family, she was safely located. The TBI confirmed the report at 4PM on November 4th. No further details were released by authorities.