UPDATE: Horse Falls Into a Pool in North Rutherford County 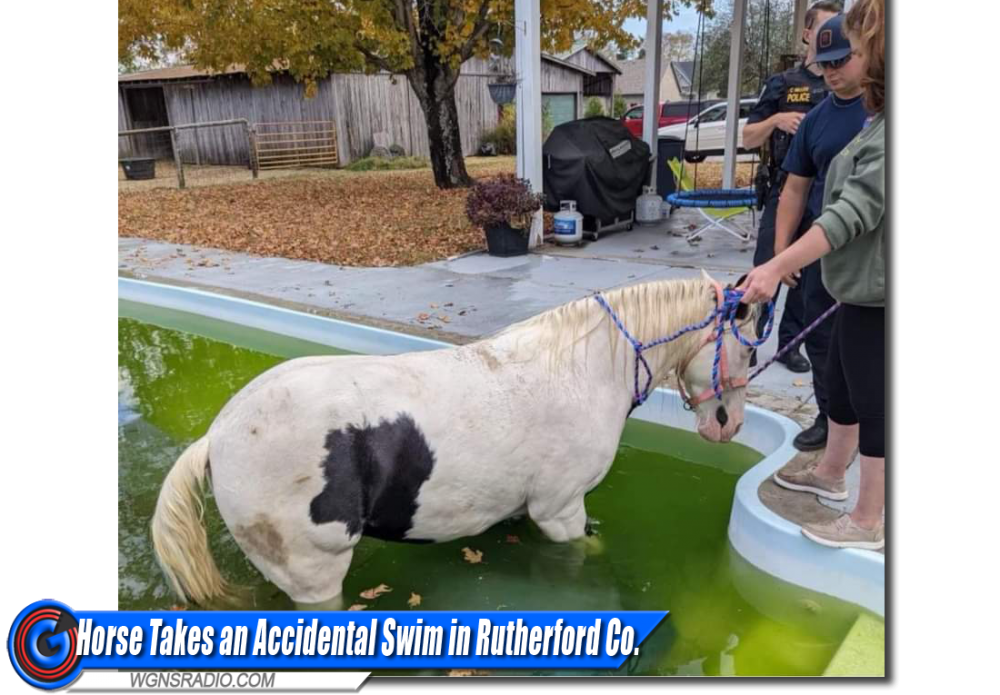 (RUTHERFORD COUNTY, TENN.) In case you missed this story from North Rutherford County - - Late last month, a horse made its way into a backyard pool – of course, that sounds like an opening line to a joke, but we’re not horsing around! The oversized animal navigated its way into the inground pool on October 24th in the area of LaVergne. Authorities reported, “It’s not every day you get a call to help rescue a horse in a pool!”

The LaVergne Police Department and the City of LaVergne Fire Rescue Department were called to the home in La Vergne to rescue the horse that had fallen into an in-ground pool the afternoon of Monday, October 24th. Firefighters were able to get a rope around the horse and lead it out of the pool safely.

After the horse went for a swim, was led out of the pool with the help of firemen, the animal was safe and free of harm. Again, the swimming horse as not injured in the mishap, or perhaps misstep.