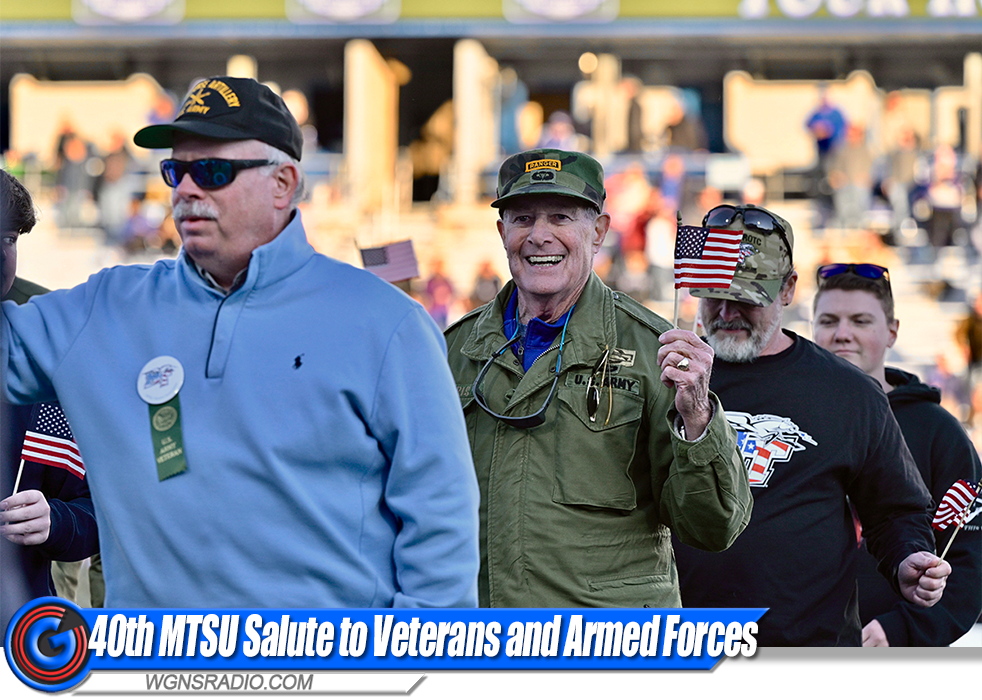 MURFREESBORO, Tenn. — Veterans and current active military members and their families are invited to the 40th annual Middle Tennessee State University Salute to Veterans and Armed Forces game — the longest-running in the NCAA.

MT Athletics and the Charlie and Hazel Daniels Veterans and Military Family Center will host hundreds of veterans and military personnel and their families for the game and pregame events that are an annual tradition centered around the national Veterans Day.

Complimentary tickets, provided by Window World, will be available. Other tickets can be purchased in advance through Ticketmaster or at the game.

“Our ‘Salute’ game is the longest-running veterans salute football game in the nation, so we cherish that a lot,” said Chelsea Floyd, assistant athletic director in MT Athletics marketing and promotion. “This year, the Tennessee National Guard has a big part in helping us with static displays for our fans to look at, having the Black Hawk come out.

“We’re adding even more to our halftime. With a new branch and adding a new song but honoring every aspect of military. This year, we’re putting more focus on the dependents — spouses and children that are also a part of sacrifice. And we’ll probably be the first football band to perform the Space Force song at halftime. Everything about the game is about honoring our veterans.”

A special addition will be a 60-piece art exhibit — “Vietnam: 2 Soldiers, 2 Artists, 2 Journeys Then and Now” — starting Friday, Nov. 11, in Keathley University Center’s second-floor lobby and showing from Monday until Friday until the end of the semester. Sponsored by the Daniels Center, the exhibit features the artistry of Vietnam veterans David Wright and Chuck Creasy of Gallatin, Tennessee.

To find parking for the KUC, Veterans Memorial and Floyd Stadium, visit https://www.mtsu.edu/parking/documents/parking-map.pdf. Parking fees may be required in some lots.

A timeline of activities: