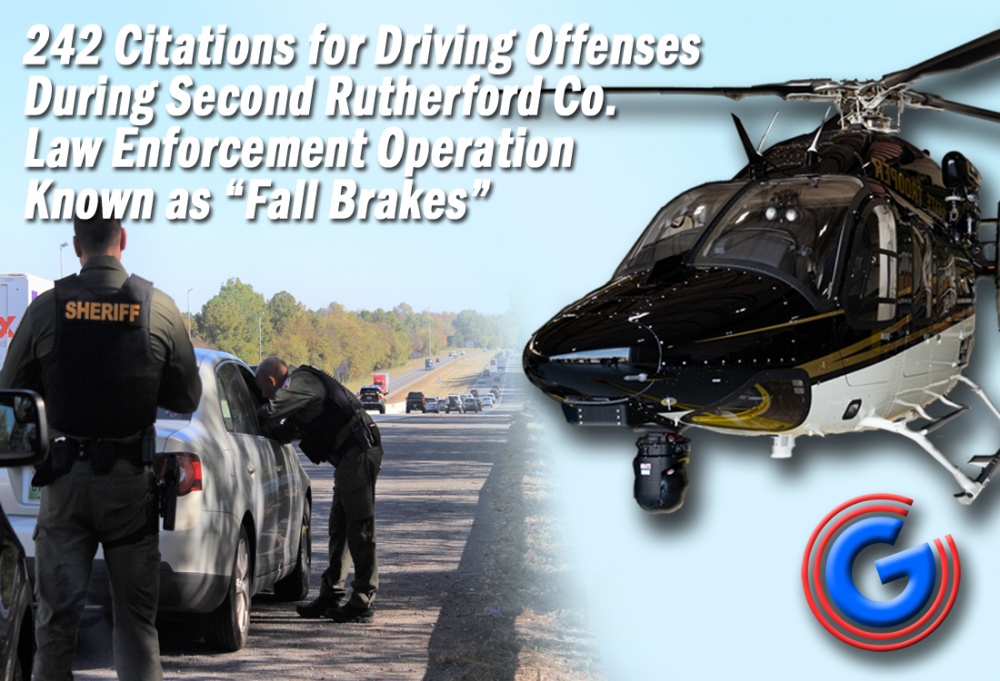 Sheriff’s Sgt. Sean Vinson said the enforcement was affected by a pursuit from Wilson County into Rutherford County. Deputies used spike strips to stop the vehicle. Two juveniles were turned over to Mt. Juliet Police after the vehicle was stopped.

The TN Highway Patrol's helicopter tracked another driver who fled from a trooper and guided deputies to an Eagleville business where the individual was turned over to THP for charges.