Exchange Club Officer of the Year for the Sheriff's Office 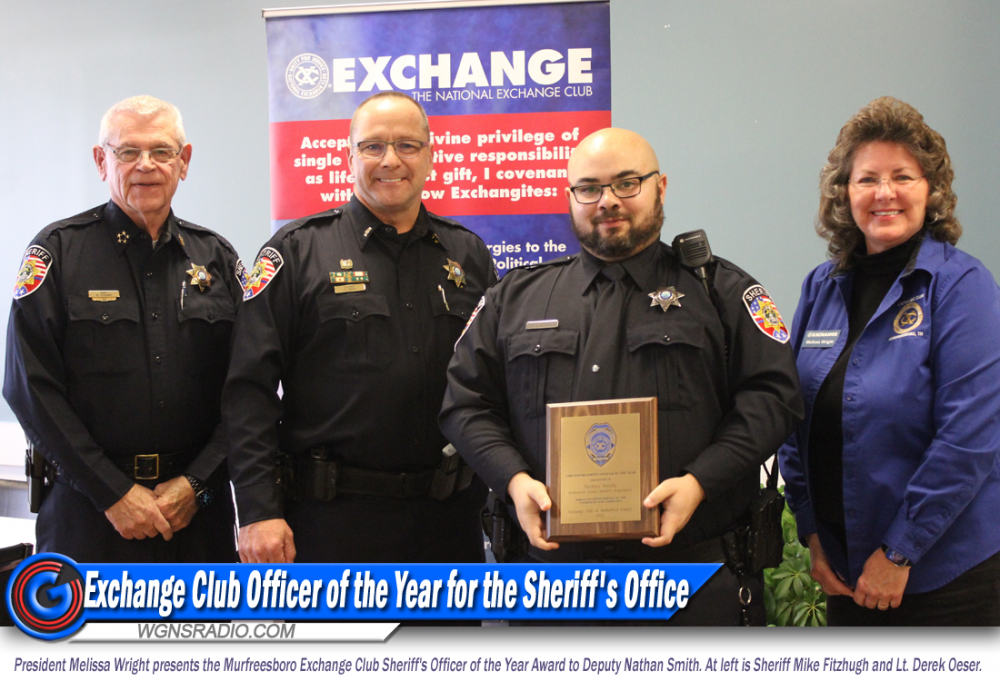 Smith earned the award for saving the life of a gunshot wound victim Aug. 14 at Handlebars bar on East Main Street. He was parked near the bar when he heard people arguing outside. As he approached the scene, he heard five muzzle flashes from a handgun.

Smith found a victim who suffered a gunshot wound to the upper abdomen. He relied on his past training and swiftly applied a chest seal to the wound to stop the bleeding. “I was praying it would be Ok,” Smith said.

Emergency Medical Services paramedics took over medical treatment and the victim was flown by LifeFlight to Vanderbilt University Medical Center. The victim survived.

Patrol Capt. Chris Kauffman commended Smith for his actions. “Deputy Smith quickly recognized the extremely dangerous situation that he was presented with and without hesitation interjected himself to protect others,” Kauffman said. “Deputy Smith’s quick actions and reliance on his tools and training make him an extremely valuable asset to the Rutherford County Sheriff’s Office and the citizens of Rutherford County.” He joined the Sheriff’s Office as a patrol deputy in August 2021. He previously worked at the Williamson County Sheriff’s Office.