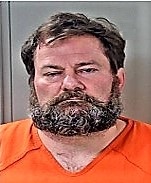 (MURFREESBORO) Murfreesboro attorney David Whelan was charged with aggravated rape and aggravated kidnapping of a young teen after an investigation Friday by the Rutherford County Sheriff's Office.

The 49-year old attorney of Juliet Avenue was charged after allegedly raping the girl Friday (3/27/2020) at his home, said Detective Sgt. Steve Craig.

"She was babysitting his daughter," Craig said. "When he arrived home, he allegedly raped her. She was able to escape and call 911 for help immediately."

Patrol deputies locked down the scene. Detectives interviewed the girl and obtained multiple search warrants to gather evidence at his home and at the Sheriff's Office where Whalen was taken.

The information given by the victim was corroborated through the investigation, resulting in the charges being filed by Detective Derrick McCullough, the sergeant said.

"Everyone on the scene that night did a good job from gathering evidence through the investigation," Craig said.

David Whelan was booked into Rutherford County Adult Detention Center where he is being held on $130,000 bond. He must have a bond source hearing before a judge before being released.

A hearing on the charges is set Aug. 3, 2020 in General Sessions Court.