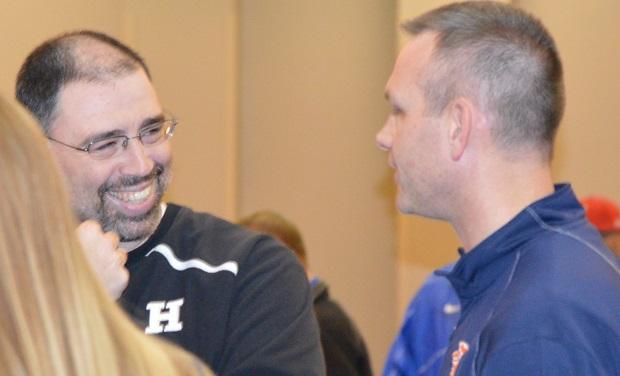 The Blackman girls fate, like all other teams in the TSSAA Blue Cross Basketball Championships, depended on a blind draw held Sunday in Murfreesboro at the Doubletree Hotel. The Lady Blaze were paired with the Houston Mustangs of Germantown in the 2:45 game Wednesday afternoon in the state quarterfinals. Coach Chad Hibdon's team beat Houston December 20th in the Mid-State Christmas Tournament at Ezell-Harding 61-37...

The Lady Blaze, at 31-and-1, are ranked number one in the state and nationally as well. The Blackman / Houston winner will play the Mt. Juliet / Jefferson County winner on Friday at 11:30am. The Lady Bears of Mt. Juliet are 29-and-1, with their only loss coming at the hands of Riverdale 57-40 on December 3rd. Jefferson County is 22-11.

WGNS State Farm coverage of Blackman's TSSAA Blue Cross Basketball quarterfinal game will begin around 2:30 Wednesday afternoon, with a tipoff at 2:45. Being the last game, the tipoff time could be later if previous games take longer. It won't begin before 2:45. Check out WGNSRadio.com for brackets and results throughout the tournament on DirecTV by EnterSource Tournament Central.